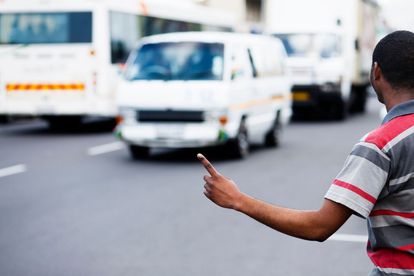 This is a tough one to stomach. Officials from the Emer-G-Med response teams have confirmed that a harrowing taxi crash in KZN has left eight people injured, and one in a critical condition.

KZN taxi crash: What we know so far

The incident, which took place on Wednesday morning, involved a solitary minibus taxi. It ploughed through pedestrians in Overport, after veering off the road. Witnesses have stated that the vehicle was moving at high-speed before colliding with civilians.

After the victims were skittled over, the taxi only came to a stop once it smashed through a brick wall. The patient who received critical care was stabilised at the scene, but they remain in hospital this afternoon.

One person ‘in a critical condition’

After attending to the devastating scene on Felix Dlamini Road, the Emer-G-Med teams issued a statement, confirming several details to us. They revealed that emergency care practitioners were crucial in saving the life of the worst-affected patient

“Earlier this morning, Emer-G-Med paramedics responded to the scene of a collision involving a minibus taxi and multiple pedestrians on Felix Dlamini Road in the Overport Area, KZN.”

“Reports from the scene are that a minibus taxi veered off the roadway at high speed, running over eight pedestrians, before smashing through a brick wall.”

“One person sustained critical injuries and was treated and stabilized on scene by Emergency Care Practitioners before being rushed to a nearby hospital for further care.”

Another ‘out of control taxi’ causes mass injury

This incident comes just weeks after a similar high-profile incident was reported: Sixteen people were injured when the taxi they travelled in veered off the Houtkop and Waterdal intersection in Sonlandpark, Vereeniging on Friday 1 July.