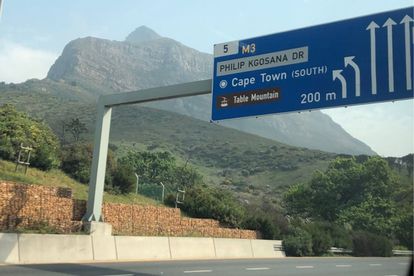 Bad news for Cape Town commuters – it’s likely that traffic is about to get a lot heavier. It’s been announced that major roadworks are set to begin on Philip Kgosana Drive – one of the city’s major access roads.

City of Cape Town said on Thursday 27 May that work to stabilise the steep median slopes along the scenic Philip Kgosana Drive will start on 1 June, with work estimated to cost around R5 million set to continue until at least November this year.

The City warned that drivers should expect delays while the work is underway, with Work scheduled from 09:00 to 15:00 on weekdays; and on Saturdays from 8:00 to 16:00.

“Given the specialised and complicated nature of the work, it is anticipated that the project will be completed only by the end of November, if all goes as planned,” they said, adding that the delays will be down to the closure of one of the outbound lanes.

“Flag personnel will be on duty to assist and signage will be in place, but the City recommends that road users consider using alternative routes as traffic flow will be impacted during the afternoon peak hour period in particular,” they said.

Stabilisation efforts ‘of the utmost importance’

The city said that despite Philip Kgosana Drive’s iconic views of the Table Mountain, Lion’s Head, the city bowl, and  the Atlantic, it’s location on the slopes of the mountain makes it prone to erosion and rock falls, particularly during the rainy season.

“All-in-all, the sections to be secured cover a distance of one kilometre, and the cost of the project amounts to approximately R5 million. It forms part of the City’s routine maintenance programme that aims to prolong the longevity of Cape Town’s road network and to improve general road safety,” the City said.

“The methodology used to stabilise the slopes on the median between the outbound and inbound lanes is highly specialised. Steel mesh layers will be installed to keep the rocks and soil in place, and this will require drilling and the installation of rock anchors. Given the complicated nature of the work, we anticipate that it will take about six months to stabilise the slopes, pending any unforeseen delays.”

The City said that despite the traffic disruptions the work will cause, stabilising the slopes is of “utmost importance” in the interest of ensuring the safety of all who travel along this road.

“Road users are kindly requested to be patient and to support the project by following the instructions from the flag personnel and to abide by the signage,” they said.