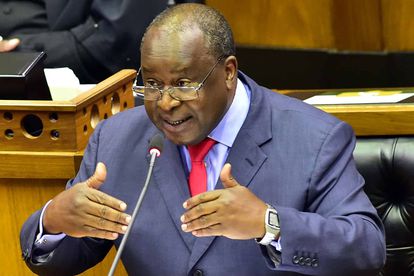 The national budget is such a fiendishly complicated document it can be hard to locate the meat in the watery gruel of numbers and jargon.

Minister of Finance Tito Mboweni is an old hand and knows this well. Unlike the monotone delivery of Gordhan and the confused ramblings of Nene, Mboweni is an astute master at the use of the rhetorical flourish, a well-timed remark, and a deliberately repeated sentence to make sure you know exactly what it is that he wants you to know.

No other piece of annual governmental homework comes close.

In one document, not only do you have to make the impossibly contentious decisions around how to spend R2.1 trillion, but you must also elegantly encapsulate how this impossibly large sum should be either raised from the fiscus or borrowed. And in the latter instance, the minister needs to clearly demonstrate how he envisages paying it back.

Given his mastery of form over function however, there is now a regular pattern with responses to Mboweni’s budgets.

As we saw last week, most initially get caught in the amusing anecdotes, compelling metaphors and brash promises. Before we have had aloes and proteas, and yesterday we heard him in no less expansive form. He cited Tutu seeing light behind the darkest clouds, reflected on the beauty of the N4 and N1 in almost Mbeki-esque tones, and then declared that “we are here to make difficult decisions… for those who do not want to do this, go swimming”.

It was almost universally praised as a strong budget. Rating agencies have crowed their approval, bonds and the rand have strengthened.

However, amongst these compelling images and phraseology were two compelling truths. Mboweni is no stranger in the kitchen, and therefore it would be apt to say; this is the true meat in the gruel.

First, once you have had time to trawl through the small print, the mood darkens. While he repeatedly said this was not an austerity budget, try telling that to any one of the 2.1 million employees of the state. They are going to have zero growth in nominal wages, in a country with an inflation rate that is set to go up to 4% at the very least, until 2025 at the earliest. That means that in real terms their salary will be almost a quarter lower in five years’ time than it is today.

NATIONAL BUDGET A REVIEW OF PAST YEAR

The second is a question of forecast. The budget is necessarily a review of the past year, a statement of current financial position, and then an outline of what should be spent and saved in the future.

Fundamental to all of this are forecasts; how fast South Africa will grow, how high will inflation be, and how much will the government be able to extract by hook or by crook from the fiscus?

The critical part here is on pages 29 and 34 of the full budget document. First, the government is forecasted to run budget deficits (ie. the difference between revenue and expenditure) of -9%, -7.4%, and -6.5% respectively over the next three years. This continues to be eye-wateringly high.

The unlikeliness of what we have been asked to believe starts to become apparent. The same way one starts to suspect a sleight of hand after watching a magician too many times, here we start to understand where we have been duped.

To say this is a ‘glass half full’ budget is understating the point. Yes, government workers may decide that they are happy being a quarter worse off over the next five years. There is indeed a chance, albeit a slight one, that due to a commodity export boom from China that the economy grows enough to erode that debt pile.

However, if one or neither of these two things happen then this budget is an admittedly elegantly penned and delivered work of fiction.

We are in for an interesting ride.