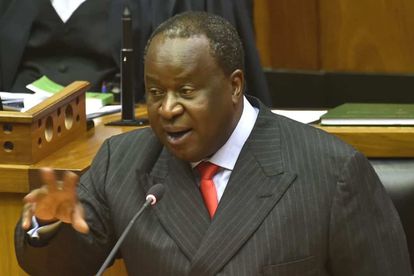 Tito Mboweni had an unenviable task on Wednesday, and his Budget Speech proved to be a roller coaster ride. There were certainly ups and downs, and the finance minister weaved through tax breaks and spending cuts. There were flashes of positivity, and glum forecasts in equal measure.

So we’re putting the 12 most important quotes from the Budget Speech in three categories: The good, the bad and the ugly. For the latter, the subject itself may not be an “ugly” policy – but it could feature in this specific demographic due to the fact it’s going to cause an enormous debate.

For example, the increased sin tax – on alcohol, cigarettes and vapes – is an ugly one. Here’s what else we’ve got…

No tax increases, and even a few reductions

“The NPA, Special Investigating Unit and Directorate for Priority Crime Investigation will get an additional R2.4 billion in this Budget.This will enable the appointment of approximately 800 investigators and 277 prosecutors who will assist with, among other things, the clearing of the backlog of cases, such as those emanating from the Zondo commission.”

On to the bad…

Low growth, and a long road to recovery according to the Budget Speech

“We forecast that the South African economy will grow by 0.9% and inflation will average 4.5% in 2020. But over the next 18 months, the economy should get a number of jumpstarts. These include, among others, lower inflation, the interest rate reduction earlier this year, and the recent gains in platinum group metals prices.”

“We will reprioritise resources to raise spending on youth unemployment. We will start work immediately! I will provide more details in the 2020 Medium-Term Budget Policy Statement. Raising skills and improving the matching of young people and jobs is an important focus for us.”

“We are making R100 billion in spending reductions. For human settlements, adjustments amount to R14.6 billion over the MTEF [Medium-Term Expenditure Framework]. There are also adjustments of R2.8 billion to the municipal infrastructure grant. Public transport spending is adjusted by R13.2 billion, mainly on allocations to the Passenger Rail Agency of South Africa and the public transport network grant.

“We have allocated R230 billion over 10 years to achieve the restructuring of the electricity sector. The current electricity shortfall will ease as Eskom finishes critical maintenance. It will shortly be possible for municipalities in financially good standing to purchase electricity from independent power producers.”

And finishing with the ugly

A holy war: Religious groups to be taxed for ‘illegal behaviour’

“There will be a renewed focus on illicit and criminal activity, including non-compliance by some religious public benefit organisations. Religious bodies must operate within the strict boundaries of the law if they are to enjoy tax exempt status. The annual tax free savings account contribution limit rises to R36 000.”

Budget Speech reveals our fuel is getting more expensive

“To adjust for inflation, the fuel levy goes up by 25 cents per litre, of which 16 cents is for the general fuel levy and nine cents is for the Road Accident Fund levy. Despite this increase, the liabilities of the RAF are forecast to exceed R600 billion by 2022/2023.”

“The largest spending areas will be learning and culture, which receives R396 billion followed by health with R230 billion, and social development with R310 billion. It is in this context – particularly for health – that taking forward consultation on the NHI is important.”

SAA is still sucking money from the state

“SAA has been placed under business rescue which will lead to a radically restructured airline. Over the medium term, government allocated R16.4 billion to settle guaranteed debt and interest. It’s a sincere hope of many that this intervention will lead to a sustainable airline that’s not a burden to the fiscus.”

BONUS: The parting words for the Budget Speech 2020

“Less than two years before winning the World Cup, the Springboks lost 57-0 to the All Blacks. Miss Universe did not win her first attempt at Miss South Africa.Winning takes patience, prudence and perseverance. As Saint Paul tells us, ‘We must run in such a way that we may win’.”