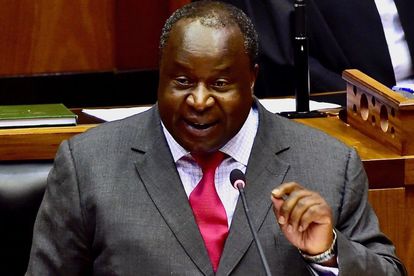 During his one-hour Budget Speech in Parliament on Wednesday 26 February, Finance Minister Tito Mboweni said youth unemployment in the country stands at a whopping 8.2 million.

He said: “8.2 million young people between the ages of 15 and 34 are not in education, employment or training. Raising skills and improving the matching of young people and jobs is an important focus of the Presidential Youth Employment Intervention.”

According to Mboweni’s Budget Speech, the Jobs Fund Projects, to date, have created:

“As the president announced, we will prioritise resources to raise spending on this critical area,” he said during his Budget Speech.

“We will start work immediately! I will provide more details in the 2020 Medium-Term Budget Policy Statement. We intend to make this intervention a resounding success,” he added.

The Stats SA job survey released in the first week of February couldn’t have come at a worse time for President Cyril Ramaphosa, who already had a lot on his agenda ahead of his State of the Nation Address (SONA).

The report showed that employment — for the first time in a decade — had not increased in the final quarter of 2019 and remained at 29.1%. This also didn’t benefit Mboweni’s upcoming Budget Speech.

Speaking at a pre-SONA event, he said that youth unemployment made for marginalised people who deserve better.

“Our first priority is to create a National Pathway Management Network for young work-seekers to view and access learning and work opportunities, to receive a basic package of support and work readiness training, and to be matched to employment and other economic opportunities. This is especially important for those young people who are marginalised and excluded from the economy,” he said.

Ramaphosa was urgent in his assessment of the issue.

On SONA day, 13 February, Ramaphosa said he would roll out an intervention scheme to tackle youth unemployment, that would begin immediately.

“We will lead a youth employment initiative which will be funded by setting aside 1% of the budget to deal with the high levels of youth unemployment,” he announced.

“As part of this intervention, the National Youth Development Agency and the Department of Small Business Development will provide grant funding and business support to 1 000 young entrepreneurs in the next 100 days — starting today,” he said.