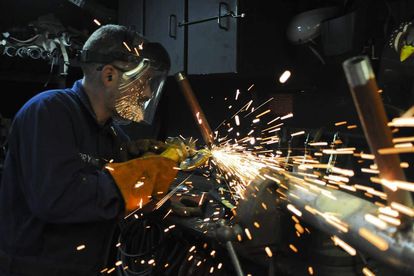 Research from the Centre for Development and Enterprise (CDE) revealed that there are more than 10 million unemployed South Africans. The jobs crisis is felt across all sectors of society – from urban to rural areas; by recent graduates and retrenched professionals and across race, gender and class lines.

“The current approach to jobs is not working and a new deal is long overdue.”

In their latest report, Ten Million and Rising, CDE shows that the unemployment crisis is set to continue on a troubling decline.

According to Bernstein, these statistics are concerning, but all is not lost.

“We could make significant progress in stimulating growth and increasing employment if government were to adopt a package of realistic policies.”

Here are some of the reforms and suggestions that the CDE believes can contribute towards turning the crisis around, and getting more South Africans into the job market:

Far too many people live in rural areas in which there is little prospect of meaningful economic development, while many more live in denser settlements that are deemed urban, but which lack the diversity of skills and economic activities that are essential for producing the kinds of productivity accelerations that cities might otherwise make possible.

Better urban policies are desirable because they will boost growth. They are also desirable because, by making cities more attractive, they will draw in more people who currently live in places in which there is no plausible path to prosperity.

This is critical to jobs and unemployment precisely because the low levels of employment in rural South Africa, and the absence of substantial agricultural employment, are among the most important features of our labour market.

The only way to address the skills constraint is to encourage much higher levels of skilled migration to the country.

This is something about which there is apparent agreement, but action is exceptionally slow and has often been distracted by attempts to define (as narrowly as possible) the “critical skills” we need, rather than recognising that any and all skilled migrants would be much needed and welcome additions to the workforce.

Lowering barriers to entry for entrepreneurs

Increasing competition in the economy would also raise long-term growth. To achieve this would require a dedicated focus on removing the regulatory hurdles and the compliance costs which prevent newer, younger firms from competing with incumbents.

Many of the other issues about which businesses complain, relate to the functions of local government, where governance and administrative deficiencies are widespread, and where the infrastructure for which they are responsible increasingly seems to be on the point of collapse. This, too, needs to be a higher priority.