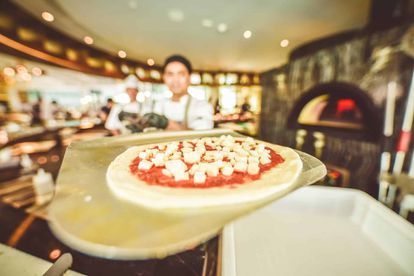 Cash-strapped South African consumers are no longer biting into a slice of pizza as frequently as they used to. And when they do, it is often at a discounted price, which is hitting the profitability of the country’s pizza franchises.

Spur Corporation, which operates the high-profile Panarottis pizza brand, announced on Tuesday 28 January that the brand’s turnover for the six months ended 31 December 2019 had been impacted by a very competitive market environment and strong discounting by competitors.

“Panarottis’ move away from significant discounting to maintain franchisee profitability and ensure the sustainability of the brand, combined with competitor activity, has impacted the brand’s turnover growth.”
Panarottis has close to 90 outlets in South Africa, according to 2019 figures published by Business Tech.

The market is dominated by Debonairs with 550-plus outlets and Roman’s Pizza with 200-plus outlets. In total, there are around 1 100 franchised pizza quick-service restaurants around the country.

Pizza ranks third in South Africa among QSR franchise types. It has around 21% of the market, versus just over 30% for burgers and just under 30% for chicken.

Five years ago the SA pizza market was booming

The difficult pizza market in SA today is in stark contrast to the situation around five years ago, when pizza sales were booming and major new players were entering the field. In late 2014, global brands Pizza Hut and Domino’s Pizza announced they would both be entering what they saw as a marketplace with great potential.

“Quick service restaurant groups have said pizza is among the fastest-growing food categories in South Africa, largely thanks to its rising popularity in new segments such as townships and less affluent areas,” the website Food Business Africa https://www.foodbusinessafrica.com/2014/09/19/new-entrants-set-to-heat-up-sa-pizza-market/ reported at the time.

“If you took about half of SA, you could triple or maybe quadruple the number of pizza delivery or carry out units, and that would put you on par with the penetration of a market like Australia, the US or parts of western Europe. So I think there’s a lot of room to grow.”

Other results from the Spur Corporation Sales Update

While the pizza business proved difficult for Spur Corporation, its Spur Steak Ranches, RocoMamas, John Dory and The Hussar Grill all performed reasonably well in SA, despite economic headwinds.