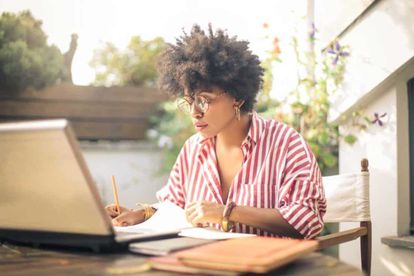 Nine out of 10 leaders at large enterprises in South Africa expect to adopt a more hybrid way of working permanently in a post-pandemic workplace, new research has found.

The study found that flexible ways of working are here to stay with many leaders focused on driving a culture of innovation.

While South African employees still see value in working from a main office at least some of the time, findings show that on average, people would now like to spend just less than half (42%) of their time outside of the traditional office setting.

In fact, the study found that people still see time spent at the office as a powerful way to maintain bonds with their colleagues.

A more permanent change around ways of working is already evident, with a healthy majority (82%) of companies now having a set remote work policy in place.

Senior executives see the opportunity to maintain productivity gains they’ve experienced while, at the same time, improving employee engagement. The research found that 76% reported equal or increased productivity with remote working, and a high majority see it as a powerful way to help retain their best workers.

The challenge around increased remote working has not been related to business continuity or productivity. Rather, the issue is around ensuring teams continue feeling tight-knit and connected to the pulse of a company’s culture, says Colin Erasmus, Modern Workplace Business Group Lead at Microsoft South Africa.

More than a third of South African business leaders admitted to struggling with creating a strong and unified team culture as remote work has become more common.

“When people are physically together five days a week, it’s easy to bond – whether it’s sharing a joke at the watercooler, having a casual team lunch, or hunkering down together to meet a deadline. In an office setting, it’s also easy for senior staff to ‘walk the halls’ and talk with employees in a more informal way. All of these seemingly little things add up and have a big impact on the health of a business and team culture.”

The potential knock-on effect of a “less cohesive company culture” is significant, not only when it comes to employee engagement and retention, but also future innovation.

This, the researchers say, is because it’s difficult for new ideas to thrive in an environment where people feel more disconnected from their employer and their teams.

It’s perhaps not surprising then, when asked about their transformation priorities, almost all (98%) of leaders indicated that it’s important to change their firms’ way of working to become more innovative and flexible.

Technologies like Microsoft Teams enables more collaboration and connection by bringing everything into a shared workspace where you can chat, meet, create, and make decisions as a team.

Though this is a challenging environment for all businesses, there are companies that have been able to maintain an innovative culture, with some 28% of South African companies considering themselves to be highly innovative in terms of products and services.

This ultimately leaves them better poised to succeed in a hybrid world.

For example, South African workers in more innovative companies are far more likely to feel empowered to make decisions and approach their jobs in a way that works best for them.

According to the findings, promoting ‘flow state’ is a powerful way to kick-start innovation. Flow state describes a person’s ability to devote their full attention to the task at hand, which ultimately leads to superior output.

In local businesses with innovative workplace cultures, 42% of the workforce say they are frequently able to get into such a ‘flow state.’ Only 16% say so in less innovative companies.

“One straightforward step to take to help people stay in a flow state is to ensure they have proper training on tools like Microsoft Teams, and are using features like ‘do not disturb.’ This helps people take control of their day and make time for the work that takes focus.”

Ensuring empowerment in a remote setting

For many team managers, this year marked the first time they were responsible for leading people who were working remotely.

The majority of South African managers (60%) said they felt they have not yet effectively learned how to delegate and empower virtual teams.

The research makes it clear that successfully maximising the potential of a remote or hybrid team requires a different skill set, not only in terms of ensuring that core business objectives are met, but also that new ideas are encouraged, cultivated and implemented.

“The key takeaway from all of this is that the success of teamwork in a more hybrid world goes beyond just having the right technology tools. Innovation is fueled when people feel empowered to connect with colleagues, take smart risks and speak up when they have new ideas,” said Erasmus.

“Successful teams will be characterised by how productive they are as well as the sense of comradery, empathy and trust each team member feels. This is the very human key to innovation.”

A survey of 610 leaders and employees in large enterprises within South Africa examined people’s experience since the beginning of the pandemic as remote ways of working became common, and also asked about expectations around the future.