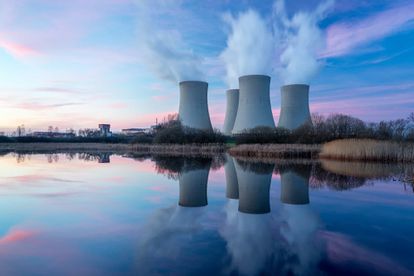 For most of the 20th century, manufacturing, mining and other industries in South Africa developed without many legal restrictions. This resulted in industrial risks such as environmental pollution, contamination and health impacts. The fact that industrial development took place close to poor communities wasn’t considered important.

Unfortunately, the post-apartheid geographic landscape hasn’t changed much. There are many examples of South African communities and environments exposed to industrial risks.

Since the country’s democratic transition in 1994, important regulations and legislation have been developed about the impact of industry on the environment and society. But air pollution, environmental contamination and health risks still occur.

For example, Zamdela is a polluted community neighbouring a large refinery run by petrochemical giant Sasol in the Free State province. Residents complain of air pollution and asthma. Sasol is South Africa’s second-largest polluter. It’s one of the 100 fossil fuel companies linked to 71% of global industrial greenhouse gas emissions since 1988.

This shows lack of enforcement and political will to hold corporations accountable. It also indicates disregard for vulnerable communities that live next to polluters and bear the greatest risks.

Similarly, the South Durban Industrial Basin in KwaZulu-Natal is situated alongside residential areas. It’s one of the most polluted regions in Africa for persistent organic pollutants. The main emissions sources in the basin are two petroleum refineries, as well as a pulp and paper manufacturing plant.

South Africa hasn’t successfully developed institutional capacity and the government skills to regulate and manage industrial risks. The state tends to rely on industrial expertise to inform its decisions and enforcement. This creates a lack of trust from communities towards industry and government alike.

Considering the potential environmental and health risk hazards posed by industries, genuine engagement and communication between industries, government and local communities is important.

Our research examined how industrial scientific expertise worked with surrounding communities and civil society to inform scientific decisions. We wanted to understand why there was poor engagement between industries and the community and how this could be improved.

We looked at the South Durban Industrial Basin and interviewed civil society informants. A few government officials and one person working at a small-scale private company agreed to be interviewed.

We found that members of the Merebank and Wentworth communities affected by industrial operations generally mistrusted the scientific expertise. This is because the industries didn’t share key environmental information such as pollution emission levels. Industries didn’t engage local communities and civil society in decision making.

This lack of transparency was perpetuated by poor governance, inadequate enforcement and a lack of political will. Industries didn’t view local communities as being able to contribute anything to the institutionalised forms of scientific knowledge.

This blocked the process of mutual learning and deliberation to inform scientific knowledge. It also perpetuated a lack of trust from civil society towards the industry.

Some communities in other parts of South Africa have fought back. For example, on 14 September 2020, the North Gauteng High Court ruled that affected communities have a right to see applications for industrial operations and mining licences in particular. Previously it wasn’t easy to secure these from the Department of Mineral Resources.

Many research projects and policy documents argue that the best way to get public trust is to open industrial developments and environmental risk assessments to greater public involvement and scrutiny. Researchers believe that if more voices and perspectives are included, their impact won’t be perceived as biased.

Progress was previously seen in South Durban when the Multi-Point Plan was launched in November 2000 by civil society to address pollution issues. The plan aimed to provide an improved and collective decision-making structure for air pollution management.

Despite some concerns about unequal power dynamics between industry, the government and the communities, the plan led to some successes. These included an improved air quality monitoring network and the extension of sampling for other pollutants. The government, community and industry constructively worked together.

But since 2010, the plan and its multi-stakeholder process has fallen away. A new crop of local government leaders didn’t take it forward.

Unfortunately, issues of transparency and communication continue to be a challenge in South Durban. The actual status of air quality in the area is unknown. The municipality hasn’t updated air quality data and many of the monitoring stations in the area don’t function.

Risk communication by industry and government must be viewed as a process for mutual learning and deliberation to inform scientific knowledge. If different knowledge systems aren’t integrated, industry will continue to create environmental risks and pose social and environmental hazards.

Llewellyn Leonard, Professor Environmental Science, University of South Africa. This article is republished from The Conversation under a Creative Commons license. Read the original article.