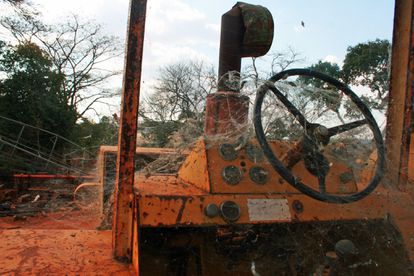 A groundbreaking ruling from Bloemfontein’s Supreme Court of Appeal could have huge ramifications for the South African government, after a decision made during Jacob Zuma’s presidency negatively impacted the white farmers of Zimbabwe.

Msholozi has been accused of ‘standing in the way of justice’. Eight years ago, the former ANC leader blocked the process which would have allowed displaced farmers to claim compensation, following the country’s controversial land reforms enacted in 2000.

The initial decision has now been overturned by the SCA – and the consequences could be dire for the state’s coffers.

Some legacy: SA government may have to pay compensation for Jacob Zuma ‘obstruction’

AfriForum has welcomed the verdict, and they are now encouraging the courts to ‘take a stand against complicity’ when this case goes back to trial in Pretoria. The successful outcome for Zimbabwe’s white farmers now sets a historic legal precedent.

“Many white farmers evicted from their farms in Zimbabwe have been plunged into poverty, and unemployment and famine have skyrocketed. It is of the utmost importance that South Africa learns lessons from Zimbabwe’s experience.”

“The courts must take a clear stand against the complicity of our government under the leadership of Jacob Zuma in 2014, which led to SADC citizens being deprived of the right to have their human rights tried in an international court.”

“The verdict is an important milestone in an epic struggle, which continues until justice is done for these farmers. It’s likely this is the first time the Court of Appeal allowed a subpoena against the SA government – for misconduct committed outside of our borders.”