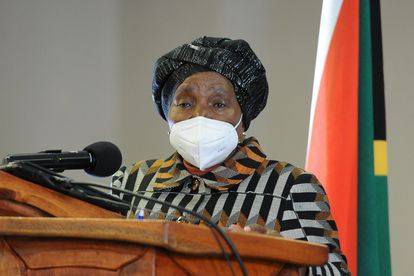 News that Nkosazana Dlamini-Zuma is extending a State of Disaster may give some South Africans flashbacks to the dark times of hard lockdown – however, this continuation of an emergency framework has nothing to do with the COVID-19 pandemic.

NDZ extends SoD – but there’s nothing to panic about…

It has been three months since a national State of Disaster was declared for KZN, after it was annihilated by devastating floods. Homes were washed away, and gushing torrents claimed scores of innocent lives. The ANC Cabinet reacted swiftly to the tragedy.

On 18 April 2022, the new SoD came into force, allowing the national government to allocate emergency funds to a province submerged in flood waters. The first three months of this declaration came to an end this week – prompting Dr. Dlamini-Zuma officially add another month on:

“COGTA Minister Nkosazana Dlamini-Zuma has extended the national State of Disaster to 18 August 2022. The gazetted extension of the national state of disaster owes to the impact of severe weather events which was originally declared on 18 April of this year.”

“The extension takes into account the need to continue augmenting the existing contingency measures undertaken by organs of state to mitigate and address the impact of severe weather phenomena on affected communities and infrastructure”.

The Ministry said government was working with various social partners to transition affected communities from humanitarian emergency to stabilisation and recovery. Meanwhile, an updated breakdown of the most devastating figures from the KZN floods have been made public: