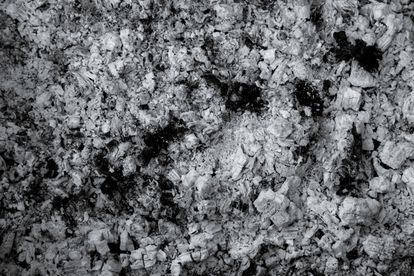 Locals have expressed their frustrations over problems posed by ‘wind-swept coal dust’ in uMhlathuze. Home to Richards Bay and Empangeni, it features on the longer list of South Africa’s largest municipalities. However, their grievances have so far fallen on deaf ears.

Henning De Wet is looking to change all of this. The Municipal Councillor and DA representative has already written to the City Manager, requesting immediate action to contain the vast swathes of coal dust that are swirling around uMhlathuze.

The opposition are concerned that prolonged exposure to coal dust, even in an industrial hub like Richards Bay, can cause chronic health complications – ranging from bronchitis to pulmonary fibrosis. In their research, the DA stressed that an urgent response is required.

Hundreds of residents affected by air pollution in KZN

To solve the current crisis, Mr. De Wet has suggested that new by-laws should be introduced, in order to monitor the municipality’s air quality. He says the enforcement of anti-pollution policies would go a long way towards ‘tackling acquired illnesses’.

“For years, residential suburbs in Richards Bay, especially Arboretum, have been forced to endure wind-borne coal dust continuously blowing into our community, covering our properties (inside and outside) and in some cases forcing residents to remain indoors to minimise their exposure.”

“This has made living in Richards Bay increasingly worrying, especially relating to health and well-being as the continuous exposure to this dust could potentially cause or contribute to health complications such as chronic bronchitis, emphysema, pneumoconiosis, and pulmonary fibrosis.”

“Is the air we breathe safe? We will continue to advocate for the establishment of an Air Quality Management By-law, and for By-laws to be enforced in order to prevent the pollution of our natural environment that can lead to illness.” | Henning De Wet