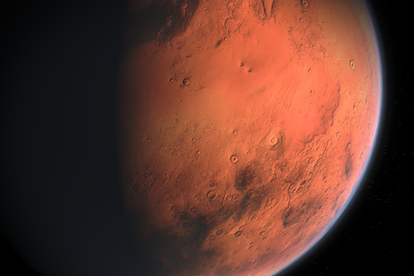 The Artemis Project aims to launch more missions to the moon, and finally put an astronaut on Mars – Photo: Pixabay

The Artemis Project aims to launch more missions to the moon, and finally put an astronaut on Mars – Photo: Pixabay

To the Western Cape, and beyond! The regional government is celebrating on Tuesday, after putting pen-to-paper on a major deal with NASA. The American space agency will now build a Deep Space Ground station in a remote part of the province – to facilitate its Artemis project!

How the Western Cape will, eventually, help put a man on Mars

Located in Matjiesfontein, approximately 240 km (150 miles) north east of Cape Town, the site will be one of three Lunar Exploration Ground Sites (LEGS) placed strategically around the globe. This site will help missions to send the first female and the first person of colour to the moon.

A set of 18 to 24-metre communications antennas are intended to ensure near-continuous connectivity between astronauts on NASA’s spacecraft and those who will subsequently come to work on and around the lunar surface. Landing astronauts on Mars will also rely on Artemis.

The Western Cape Government is… we’re going to say it… over the moon with these developments. In an official statement, Premier Alan Winde outlined what the deal means for the local economy. He revealed that the ‘significant investment’ will provide jobs and attract visitors:

“We welcome NASA’s decision to invest in a Deep Space Ground Station in Matjiesfontein, here in the Western Cape. The collaboration seeks to assist NASA in achieving the objectives of the Artemis programme, to explore the moon’s surface and to send the first astronauts to Mars.”

“To achieve this mission, NASA plans to implement three new ground stations that will provide near-continuous communications support to missions up to TWO MILLION kilometres from Earth. This will be done through NASA’s Near Space Network.” | Western Cape Government

Mireille Wenger is the Provincial Finance Minister. She has made no secret of her elation. Wenger explained that Matjiesfontein is perfect for NASA due to its location and climate. So, it’s official: Mankind’s next big venture into space will be reliant on operations in the Western Cape!

“Matjiesfontein has been specifically chosen because of its good weather conditions and critically, for the purpose of the Artemis project, the low radio frequency interference. We will help in anyway we can to create a new hub for space science.” | Mireille Wenger