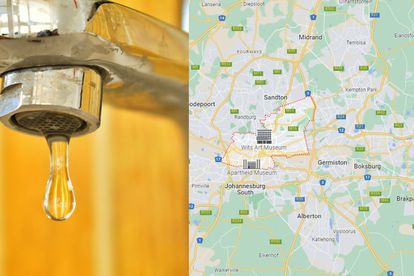 A crashed water system has brough Gauteng to its knees – Photo: Pexels / GoogleMaps

A crashed water system has brough Gauteng to its knees – Photo: Pexels / GoogleMaps

It just doesn’t get any easier being a South African. After being pummelled by load shedding, extreme weather, and the cost of living crisis over the past few months, millions of people in the most densely-populated part of the country are now facing water shortages.

Water shortages in Gauteng ‘push the country to the brink’

Level 2 water restrictions remain in place for Gauteng this week. Quite simply, there isn’t enough water in the system to meet demand. A myriad of factors have led us to this point, but ultimately, the local reticulation system is in a sorry old state.

That was a point highlighted by water expert Anthony Turton. The University of Free State Professor has explained that consumers aren’t to blame for these shortages. Instead, Turton insists that the municipal pipes are no longer fit for purpose – and it could take R1 TRILLION to fully repair.

“For every 100 litres of water going into the pipe at Vaal Dam, only 50 litres makes it through the reticulation system. Water is getting lost in the municipal pipes. Factors like load shedding, hot weather, and crumbling infrastructure are to blame. You cannot blame the consumer.”

“The South African water system needs a trillion-rand investment to fix its water infrastructure. We are on the brink of total systemic failure in South Africa, not only of the energy system but also of our water reticulation systems.”

“We’re also starting to see instability in things like internet and that sort of thing, so yes, we are dangerously close to total systemic failure in South Africa. The dams themselves aren’t empty, but there is now an inability of supply to meet demand.” | Anthony Turton

Nick Hedley is a climate crisis expert. He believes that a poor response to challenges created by global warming are also likely to exacerbate Mzansi’s water issues. Sadly, Hedley also fears the government isn’t well-equipped to handle these challenges.

“Water shortages are on the horizon for South Africa because of bad management of this critical resource, and the changing climate. Can our government anticipate problems before they arrive? Its track record suggests not.” | Nick Hedley