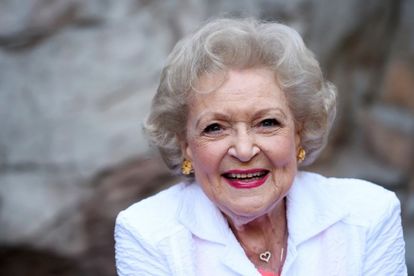 The year 2021 ended on a sad note for all Betty White fans when the Hollywood icon died on 31 December at age 99. Photo: Twitter @BobNewhart

The year 2021 ended on a sad note for all Betty White fans when the Hollywood icon died on 31 December at age 99. Photo: Twitter @BobNewhart

The year 2021 ended on a sad note for Hollywood and Betty White fans: The television icon has passed away at the age of 99, less than three weeks before she was to turn 100. Various media reports say White died peacefully in her sleep at home in Southern California, the United States (US).

“Even though Betty was about to be 100, I thought she would live forever,” Witjas said in a statement.

White’s illustrious career spans a whopping eight decades, having starred in The Mary Tyler Moore Show and The Golden Girls, two hit sitcoms which made the comic not only a household name, but also a national treasure. One of her most recent projects was Hot In Cleveland, another sitcom which she worked on until age 92, when it was cancelled after five seasons.

White had no children and was married three times – first to Dick Barker, a US Army Forces pilot, Hollywood agent Lane Allen then TV host Allen Ludden, who was believed to have been the great love of her life.

TRIBUTES POURING IN FOR BETTY WHITE

News of Betty White’s passing sparked a wave of reaction from all corners of the world, including US President Joe Biden and First Lady Jill.

“Betty White brought a smile to the lips of generations of Americans. She’s a cultural icon who will be sorely missed. Jill and I are thinking of her family and all those who loved her this New Year’s Eve,” the president said of White on Twitter.

“I will miss her terribly and so will the animal world that she loved so much. I don’t think Betty ever feared passing because she always wanted to be with her most beloved husband, Allen Ludden. She believed she would be with him again.”