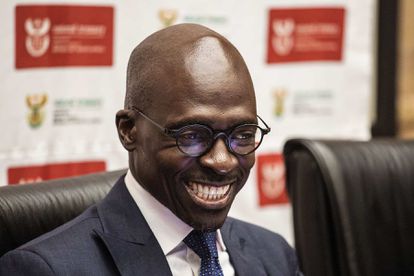 Malusi Gigaba talks to the media after a meeting with the former Finance Minister Pravin Gordhan at the National Treasury on April 4, 2017 in Pretoria – Photo by GIANLUIGI GUERCIA / AFP)

Malusi Gigaba talks to the media after a meeting with the former Finance Minister Pravin Gordhan at the National Treasury on April 4, 2017 in Pretoria – Photo by GIANLUIGI GUERCIA / AFP)

Hell hath no fury like Raymond Zondo typing up his State Capture Report. The Acting Chief Justice, who spent three-and-a-half years producing extensive dossiers on government corruption during Jacob Zuma’s presidency, has called for criminal charges to be laid against some key Gupta collaborators.

More criticism for Zuma, as Transnet falls under spotlight

The demands were made in the second part of the report, which was first handed over to President Ramaphosa at the start of January. The third instalment will be out later this month, but for now, the focus is on dodgy dealings at our gutted state-owned entities – and Transnet has taken centre stage.

Irregular appointments, dodgy deals, and outright corruption were at one stage the norm for the rail company, and it didn’t take long for the Gupta brothers to hollow-out Transnet. The Indian billionaires were able to get their ‘yes-men’ into key positions – largely thanks to help from Jacob Zuma himself.

The report is scathing – absolutely bloody scathing – in its assessment of what transpired at Transnet over the last decade or so. Zondo then listed the four major players he believes MUST be investigated further:

Gupta allies ‘may face prosecution’ – at the request of Zondo

Since August 2018, the Zondo Commission has heard accounts of rampant misappropriation of funds from more than 300 witnesses, who included business people, civil servants and intelligence officers.

Just over 1 400 individuals and entities were implicated. President Cyril Ramaphosa is to submit the full report to parliament by 30 June, stating how he wants the recommendations by the top-level commission to be implemented.

“It is recommended that that law enforcement agencies conduct such further investigations as may be necessary with a view to the possible prosecution of Mr Molefe, Mr Singh, Mr Gigaba, Mr Gama…”

“This is in relation to charges of corruption and racketeering, linked to cash payments allegedly received by them during visits to the Gupta compound in Saxonwold in the period 2010-2018.”