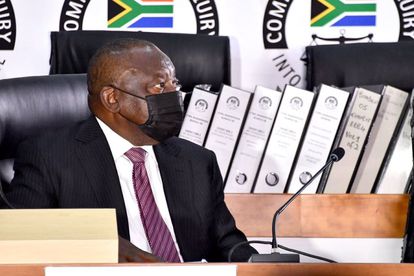 Cyril Ramaphosa is embarking upon his second appearance at the State Capture Inquiry, and after revealing a few grim truths about his time in the Zuma administration, some commentators believe that the surface has barely been scratched.

‘Ramaphosa treated differently to other witnesses’

Prince Mashele, a leading political analyst in South Africa, has slammed the Zondo Commission for giving the president an easy ride. He reckons that the Inquiry – by allegedly being too passive with Ramapahosa – has robbed SA of a chance to learn more about his role in those murky years where state capture reached its heights.

“The Commission was deferring to Ramaphosa. They have treated other witnesses very hard. Cyril said he was exasperated, but he was shown evidence of his own positive tone towards Zuma beforehand. He was complicit in suspending certain officials, and the Inquiry deprived us of an opportunity to see the true side of the president.”

“We have learned a great deal of what Ramaphosa is all about. He is all about himself, and not South Africa. He was willing to wait and let the state be captured, because he was fulfilling his own ambitions. Him becoming president was more important than protecting our country. The ANC of Zuma and Ramaphosa is the same.”

State Capture Inquiry accused of letting Cyril off the hook

Mashele was also full of vitriol for Ramaphosa’s own personal ambitions. He has described the presidency as a mere ‘item on a CV’ for the 68-year-old, arguing that Cyril has barely helped the nation during his three-and-a-half years in charge. The analyst did not hold back in his assessment of the proceedings…

“There’s no longer doubt that Cyril Ramaphosa was complicit in planting Brian Molefe at Eskom. Everything he did there, Ramaphosa must take responsibility. All he chooses to remember are things he did years ago. We also know he has met the Guptas on a number of occassions. There was an intersection with them on Molefe.”

“Look at Ramaphosa’s stay in Zuma’s government. He did not help South Africa with SAA, Eskom, or Transnet. Cyril did help South Africa, he was there praising Jacob Zuma and smiling. It was just a big biographical project for Ramaphosa. He wanted the presidency on his CV. You cannot tell me how the president has helped South Africa.”