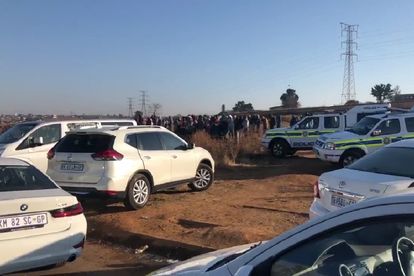 One more victim of the Soweto tavern mass shooting has succumbed to their gunshot injuries, bringing the death toll to 16, the South African Police Service (SAPS) in Gauteng has said.

Unknown gunmen stormed the Mdlalose tavern in Orlando East in the early hours of Sunday morning, 10 July 2022. A total of 23 people were shot – 12 of them were confirmed dead at the scene, while four others died at hospital.

“The death toll on the shooting incident at Nomzamo Informal Settlement on 10 July 2022 has risen to sixteen after one more victim was confirmed dead today at the hospital,” said SAPS spokesperson Dimakatso Sello.

Gauteng Police are yet to make any arrests in connection with the Soweto tavern shooting and are also working to determine the motive behind theshocking incident. Police management has recently tasked an 11 member detective team to investigate the murders and maximum resources have been activated to find and apprehend the five suspects linked to them.

This shooting is unfortunately one of three to rock the country this past weekend. In Katlehong, east of Johannesburg, two people were killed and four injured in another tavern shooting. While in KwaZulu-Natal (KZN), four people died following shooting at yet another tavern. According to local police, two armed men stormed the establishment in Pietermaritzburg and opened fire. Eight people were injured.

“Anyone who may have witnessed the incident or have information that could lead to the apprehension of the suspects, is urged to report on the crime stop hotline at 08600 10111 or by giving a tip-off on the MySAPS app. All information received will be treated as strictly confidential,” Sello further said.