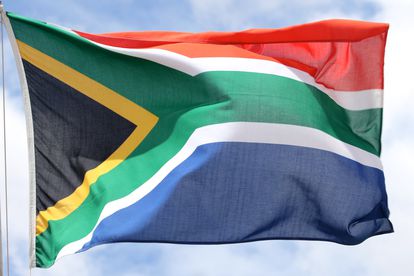 Several warnings about state collapse have been sounded in 2022 – Photo: Gil Ewing / Flickr

Several warnings about state collapse have been sounded in 2022 – Photo: Gil Ewing / Flickr

That’s not quite what we’d call a vote of confidence. A top Treasury official has voiced his concerns about the current trajectory South Africa finds itself on, openly suggesting that Mzansi is ‘showing all the signs of a failed state’.

In a report carried by the Sunday Times, The Director-General of the Treasury – Dondo Mogajane – has told the political representatives of SA to collectively pull their fingers out, or tread a path similar to that of nations like Sierra Leone or Liberia. Mogajane pulled no punches in his latest assessment of our Republic.

“SA is showing the signs of a failing state more common in countries like Sierra Leone and Liberia. It is time for our politicians and public servants to get off their high horses – and do their jobs.”

Treasury not the only institution worried about Mzansi

The alarm bells have been ringing for a while in South Africa, but at the beginning of 2022, the term ‘failed state’ has been cropping up all too often – with several top experts going public with their fears.

Earlier this year, the World Economic Forum identified five major risks facing South Africa: Economic, environmental, and geopolitical factors were all considered by the researchers. But one of the biggest challenges facing Mzansi in the years ahead, according to the WEF, is a total state collapse – which has flown to the top of the list.

Just weeks after this analysis was shared, Gerbrandt van Heerden – of the Centre for Risk Analysis – discussed findings made in their recent ‘Quality of Life’ report. Voting patterns, economic hardships, and the perceived incompetence of ANC have all been identified as factors which could put the nation at serious risk of becoming a failed state.

Mogajane’s warning, therefore, comes at a critical moment for South Africa. Such stinging criticism from a state institution won’t sit well with the ANC – but it remains their responsibility to prove the doubters wrong.