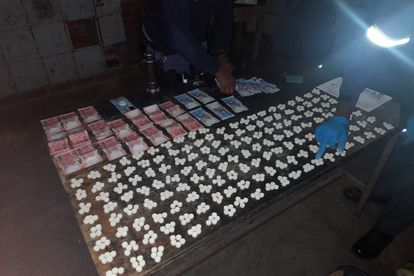 Two men arrested for possession of drugs are expected back in the dock at the Potchefstroom Magistrate’s Court on Thursday 10 March.

“They tried to stop the vehicle, but the driver accelerated and skipped red robots.”

“The police chased the said vehicle until it was cornered near a filling station on the N12.”

Funani said the vehicle was searched and the police found plastic bags containing lots of Mandrax tablets with an estimated street value of R175 000-00, which Ibu and Mohadi could not account for.

The accused who were allegedly traveling to their dwelling in Stilfontein at the time of the arrest were also charged for reckless and negligent driving apart from the possession of drugs.

They have since made their first appearance before the Potchefstroom Magistrates’ Court on Friday, 4 March 2022.

Funani said Police investigations into the matter were ongoing.

The Provincial Commissioner of North West, Lieutenant General Sello Kwena, applauded the Potchefstroom Flying Squad Unit members for their vigilance and teamwork that led to the arrest and seizure of the drugs.

He pointed out that criminals would not be allowed to do as they please in the province and that those who perpetrate crime including drug trafficking, would be dealt with harshly.