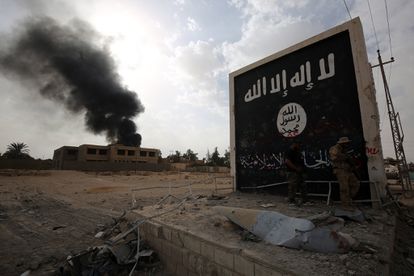 The US Embassy has issued a startling warning on Wednesday, after receiving intelligence that a terror attack could take place ‘in the Greater Sandton Area’ of Johannesburg this weekend. Though details remain sketchy, some suspect the threat has emerged from ISIS.

US Embassy warn of ‘possible terror attack’ in Sandton

In a highly unusual statement, American diplomats warned those local to the Sandton region that a potential terror incident ‘was imminent’, and they have advised all staff and US citizens to avoid large crowds here on Saturday.

The thriving business hub of Johannesburg is a busy and cosmopolitan location at the best of times. This weekend, a number of Pride events led by the LGBTQI+ community are set to take place in Sandton – but it hasn’t yet been established if this is meant to be ‘the target’.

“The US government has received information that terrorists may be planning to conduct an attack targeting large gatherings of people at an unspecified location in the Greater Sandton area of Johannesburg, South Africa, on Saturday 29 October 2022.”

“There is no further information regarding the timing, method, or target of the potential attack. The US Embassy has advised staff to avoid crowds of people and other large public gatherings in the Greater Sandton region.” | US Embassy

Ryan Cummings is an expert on security matters concerning the African continent. He noted that ISIS issued a thinly-veiled threat to South Africa back in July 2020 – around the same time SANDF agreed to send troops into Mozambique to help fight Islamic State insurgents.

ISIS vowed to ‘open a fighting front’ within the borders of South Africa, due to its military involvement in the Cabo Delgado area. The intel from the US Embassy hasn’t ruled out the notorious caliphate, but the identity of the potential attackers has not yet been confirmed.

“Western forces are trying today to get the South African government and its army involved in leading the war [in Mozambique], because of its proximity and its strong relations with the Mozambique government. South Africa does have its ‘internal problems’…”

“Pushing [SA] towards getting involved in this war will place it in a great financial, security and military predicament. This may result in prompting the soldiers of the Islamic State to open a fighting front inside its borders – by the permission of God Almighty!” – ISIS Editorial, July 2020