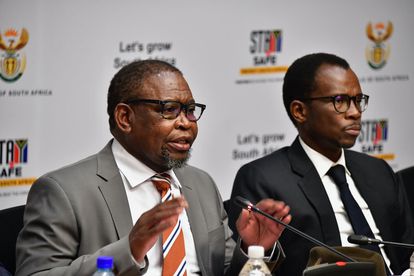 Finance Minister Enoch Godongwana announced that the R350 social relief of distress (SRD) grant would be extended by another year during his Medium Term Budget Policy Statement (MTBPS) on Tuesday, 26 October.

The grant, which was originally introduced in May 2020 to help poor households at the height of the pandemic, has been extended before. Earlier this year, President Cyril Ramaphosa said the grant would come to an end in March 2023.

Ramaphosa indicated that it was in the government’s plans to come up with a permanent replacement for the grant, which was received by approximately 10 million people at the time of the extension. Civil society groups have been calling for the government to introduce a basic income grant (BIG) that is worth more than R350.

On Tuesday, Godongwana said discussions about the R350 grant’s replacement are still underway.

“No final decision has been made about a replacement or how it would be financed. As a result, the temporary grant will be extended for one year until March 2024,” said the Finance Minister.

Godongwana said the future of the grant and its replacement would require “very difficult” trade-offs and financing decisions.

“Despite the provision made in this budget, I want to reiterate that any permanent extension or replacement will require permanent increases in revenue, reductions in spending elsewhere, or a combination of the two.”

The grant’s extension will form part of an R66.9 billion social spending package that includes social services, education, healthcare and basic municipal services over the next two years.

At present, 7.4 million people receive the R350 grant, according to the government. Meaning that millions of people who used to receive the vital social assistance are now without it.

R350 grant recipients have been left frustrated for most of the year as the government has struggled with facilitating payments since moving the grant to a new framework.

The government also controversially lowered the income threshold to qualify for the grant from R624 to R350, which immediately disqualified many recipients. This move has been reversed but the uptake in the grant still pales in comparison.