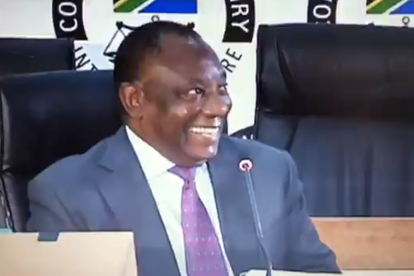 Is Cyril Ramaphosa’s house of cards tumbling this week? Within hours of an ANC MP demanding a SCOPA probe into the president, the DA have compounded his misery – by pushing for a potential perjury charge.

The claim relates to testimony Ramaphosa gave to the State Capture Inquiry last year. The head of state was quizzed about ‘cadre deployment culture’, and Cyril was accused of letting the ANC handpick judges and magistrates for key state positions. Leon Schreiber, a DA heavyweight, believes the 69-year-old didn’t tell the truth while on the stand.

“The DA will today write to the chairperson of the State Capture Commission, acting Chief Justice Raymond Zondo, requesting that he urgently consider approaching the Constitutional Court seeking an order of perjury against President Cyril Ramaphosa over misleading testimony delivered before the Commission.”

Why the DA want Ramaphosa hauled to ConCourt

The release of the first part of the State Capture report last week made public the minutes of the ANC’s deployment committee from 2018 to 2021. The DA’S analysis found that the governing party seemingly had a hand in the appointment of dozens of candidates to state positions.

Attempts to conceal and deflect these findings have been noted by Schreiber, and he’s going right to the very top with his complaints. The shadow minister lashed out at the president for ‘giggling’ during his state capture testimony, and asserts that the matter of cadre deployment is no laughing matter.

“It is now time to hold Ramaphosa accountable for the misleading testimony he gigglingly delivered before the Commission in an attempt to hide the truth about ANC cadre deployment from the people of South Africa.”

“During his testimony before the State Capture Commission on 28 April 2021, Ramaphosa denied that the ANC’s cadre deployment committee sought to influence appointments to the judiciary. However, we now know that this was an untruthful statement, following the revelation that the ANC interferes in the appointment of judges.”

As far as the Blue section of Parliament is concerned, they have a fairly watertight case against President Ramaphosa – and they also have a precedent… or should that be ‘president’?

The DA are adamant that the Zondo Commission’s previous approach to ConCourt, in order to secure charges against former President Jacob Zuma, can be replicated for Cyril Ramaphosa. If successful, it would lead to the ANC leader having to appear in front of the highest court in the land to fight against any potential perjury charges.

Like it did with in Zuma contempt case, the DA has requested @StateCaptureCom to apply to the ConCourt for an order of perjury against @CyrilRamaphosa. Ramaphosa misled the Commission over the fact that the ANC cadre deployment committee interferes in judicial appointments. pic.twitter.com/I3FUAIql3q