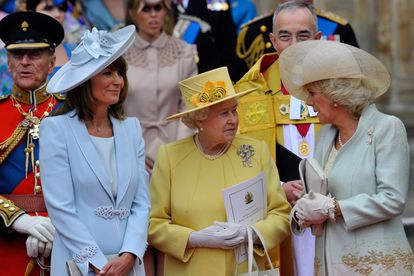 Britain’s Queen Elizabeth II has announced that she would like for Duchess of Cornwall Camilla to become “Queen Consort”, once her son Prince Charles, takes over the monarchy, which would elevate her place in the royal family.

The surprise announcement was made by the 95-year-old on Saturday, 5 February 2022, a day before her Platinum Jubilee.

Queen Elizabeth made the point for Camilla when referring to her beloved Prince Philip, who died in April last year, noting that she was “blessed that in Prince Philip I had a partner willing to carry out the role of consort and unselfishly make the sacrifices that go with it.”

ALSO READ: The key moments of Queen Elizabeth II’s 70 years on the throne

CAMILLA’S ‘PROMOTION’: FROM DUCHESS TO QUEEN

“And when, in the fullness of time, my son Charles becomes King, I know you will give him and his wife Camilla the same support that you have given me; and it is my sincere wish that, when that time comes, Camilla will be known as Queen Consort as she continues her own loyal service.”

“And so as I look forward to continuing to serve you with all my heart, I hope this Jubilee will bring together families and friends, neighbours and communities – after some difficult times for so many of us – in order to enjoy the celebrations and to reflect on the positive developments in our day-to-day lives that have so happily coincided with my reign.”