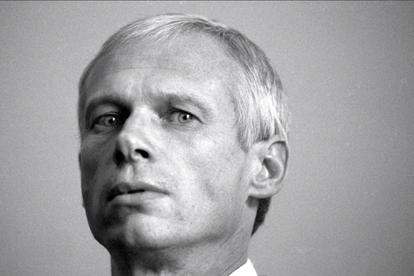 The National Union of Metalworkers of South Africa (NUMSA) has become the latest to express their anger over the Constitutional Court’s decision to grant Janusz Walus parole and is blaming it all on the ANC-led government.

Walus, a Polish national, assassinated Hani outside his Boksburg home, shooting him four times on Easter Saturday 10 April 1993, on the eve of South Africa’s transition to democracy in 1994. Hani was declared dead at the scene.

Authorities managed to capture Walus after a neighbour noted the registration of the car he fled the scene in. It was later revealed during the course of the investigation that former apartheid-era MP Clive Derby-Lewis was the mastermind behind the plot.

The pair was later sentenced to death. However that was later commuted to life imprisonment after South Africa abolished the death penalty. In 2015, after several unsuccessful attempts, Derby-Lewis, then 79 and suffering from terminal lung cancer, was granted medical parole. He died in 2016.

In a lengthy statement, NUMSA accused the ANC-led government of betraying Chris Hani, saying in part: “There are many who feel betrayed by the decision of the constitutional court. But we must not allow ourselves to be misled about who is responsible for this situation. We have a bourgeois constitution which will never transform our society for the benefit of the working class majority. It is the ANC government, which betrayed the working class because they have done everything in their power to entrench the powere of a handful unelected privileged few.”

NUMSA further went on to say the ANC refused to transform the judiciary and the economy for the benefit of the working class.

“The economy and all the wealth of the country remains owned and controlled by white monopoly capital. Therefore, this decision of the constitutional court is another example out of a long list of betrayals where this government has refused to transform the lives of the majority of people. Therefore, the granting of parole to Hani’s killer is the ultimate act of betrayal committed by the ANC against its own people,” said NUMSA spokesperson Phakamile Hlubi-Majola.

Checkers advertises in London and Sydney newspapers: despite having no stores there