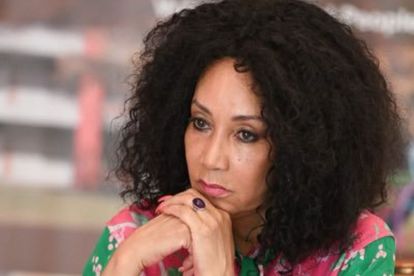 Lindiwe Sisulu has been accused of breaking the law by ignoring a Parliamentary summons – Photo: Twitter

Lindiwe Sisulu has been accused of breaking the law by ignoring a Parliamentary summons – Photo: Twitter

The African National Congress (ANC) Electoral Committee is hitting back at NEC member Lindiwe Sisulu after she criticised the nomination process which saw her failing to meet the criteria to be considered for election.

Sisulu has lodged a complaint about the process, saying the nominations do not correspond with the data given during the announcement on Tuesday. Sisulu had been vying to become the party’s president, running against the incumbent, Cyril Ramaphosa.

The ANC Electoral Committee says Lindiwe Sisulu’s claims are baseless and unfortunate. Sisulu failed to make the cut and only Ramaphosa and former health minister Zweli Mkhize were chosen.

According to the committee, its records show that Sisulu only received a total of 66 nominations, which is far less than the 25% she claims.

“Now if comrades like Lindiwe Sisulu will cast aspersions on that kind of process, it means she’s blaming the regional and provincial secretaries, and that is not correct. Now the most important issue according to 12.7.1 of the ANC constitution stipulates that anybody that is successfully nominated for the position of the Top Six, that person should be nominated by a province and that is simply not the case with her,” said the committee’s Chief Matsila.

But Sisulu isn’t the only one not pleased about not making the cut as incumbent deputy president David Mabuza’s campaign manager has called on the committee to be fair.

“I’ll give you an example in Mpumalanga where comrade David Mabuza is coming from, when you look at the nomination list that is being provided by Kgalema Motlanthe’s nomination committee, it says we are nominated with 61 branches and it’s not true, we are nominated with 138 branches, and we can prove that. Our chief lobbyist is coming from Mpumalanga, if you look at that it tells you that there is a crisis. The announcement of the nomination list was naughty and damaging campaign of other candidates,” said  Andrew Baloyi to SABC News.

Pique’s pretty young thing: Who is his Shakira-lookalike bae?

‘Kings of Joburg’: Connie Ferguson is phenomenal as Shona’s ‘twin’