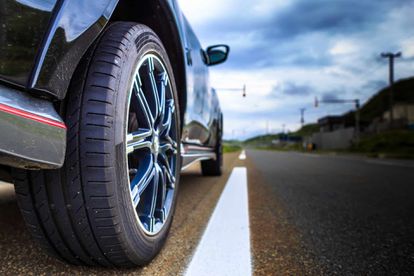 The tyre industry has taken a stand following the violent looting sprees last week in KwaZulu-Natal and Gauteng.

NO TYRES WILL BE FITTED WITHOUT PROOF OF PURCHASE

Several warehouses and dealers were looted of tyres during the violent protests.

The Tyre Equipment Parts Association (Tepa) has urged tyre dealers and workshops to refuse to fit tyres without a valid proof of purchase.

Hedley Judd, the national director of Tepa, said stock that was looted was now doing the rounds in the marketplace.

“Where tyres or parts are provided without a valid proof of purchase, Tepa suggests that the SAPS are alerted to the fact immediately and that any instructions from the SAPS are followed correctly,” he said.

Judd said losses were likely to lead to a localised short-term shortage of stock.

Tyremart and several others have joined the united stand against the looting of tyres .

“Tyremart will not fit loose tyres without valid proof of purchase.

We also commend other reputable tyre dealers, competitors thought they might be, for the united stand taken against the looting of tyres.

“We extend deepest condolences to those who have suffered losses during this unrest.

“Let’s stand together for a free and safe South Africa.”

Acting Minister in the Presidency Khumbudzo Ntshavheni briefed the media on Tuesday on the government’s intervention to rebuild the economy.

According to data provided by SAPOA, 161 malls, 11 warehouses, and eight factories were affected, and 161 liquor outlets and distributors were damaged, and it doesn’t stop there, Ntshavheni says over 200 shopping centres were looted and damaged.

“Over 100 malls were burnt or had significant fire damage and approximately 300 stores were looted. In KZN alone, it is estimated that stock to the value of R1.5 billion has been lost,” she said.

Ntshavheni went on to say that 1 400 ATMs were damaged, 300 banks and Post Office outlets were vandalised, and 90 pharmacies were damaged.

The estimated loss for the KZN GDP is in a whopping R20 billion region, while the impact on the national GDP stands at R50 billion.

“SAPOA will later in the week collate data on the cost of damage in Gauteng. However, SASRIA will conduct an assessment on the full extent of the damage,” she said.