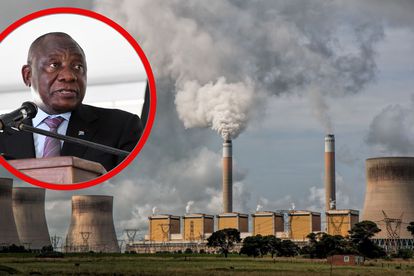 Ramaphosa stated that he had confidence that the new Eskom board and management would ensure an improvement in the current situation. Image: Pixabay/Flickr GovernmentZA

Ramaphosa stated that he had confidence that the new Eskom board and management would ensure an improvement in the current situation. Image: Pixabay/Flickr GovernmentZA

President Cyril Ramaphosa said that Eskom was working on lessening power cuts as it tries to resolve a multitude of issues, including its debt burdens, SANews reports.

Eskom’s challenges did not start now

Ramaphosa stated that maintenance was not done for as much as 12 years resulting in several issues faced today.

“I met someone who was a manager at Eskom who said they were stopped from maintaining for 12 years. The power stations were driven hard and the instruction was to keep the lights on. No wonder today, we’re reaping the whirlwind because a number of errors were committed,” Ramaphosa said.

He further stated that to establish when the power utility’s problems started, they would need to look back seven years or more.

Trying to ‘fix the plane as it is flying’

Ramaphosa said that Eskom is a huge machinery that costs billions of rands.

He said that skilled staff are needed because these are machines that cannot run for years without being serviced.

By the time the decision was made to build new power stations, experienced Eskom staff had left.

Ramaphosa noted that being left without staff who were part of the daily workings resulted in them facing design problems.

“What then you were left with were outsiders who weren’t involved daily in the workings of Eskom and now we have design problems that have come to the fore that are a big challenge at the new power stations that were built that we had hoped would be our saviour,” Ramaphosa said.

“We’re now trying to fix the plane as it is flying. We’re generating electricity and power stations keep breaking, as many of them are old.” Ramaphosa explained.

Confidence that new Eskom board would improve the situation

Ramaphosa stated that he had confidence that the new Eskom board and management would ensure an improvement in the situation.

He further stated that Eskom is working on lessening power cuts.

“Obviously, it’s very easy to blame the President and government and yet, these problems have come way back from the past,” Ramaphosa said.