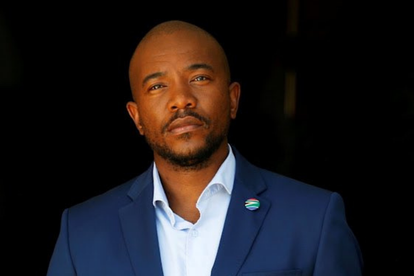 Maimane also announced that he will be running for the position of Deputy President in the upcoming elective conference in December.

In a statement the former DA leader shared on social media, he said after a substantial time of reflection and introspection, he wishes to today announce that he is returning home to the ANC, and will be running for the position of deputy president at the party’s upcoming conference in December 2022.

Maimane’s political career started with the ANC during the apartheid era. He eventually left because of the ruling party’s “inability to deliver,” he once said.

“After dabbling in neoliberalism and progressivism for over a decade, Maimane has returned to his African nationalism roots and wants to now mount a serious challenge for the role in the coming months.”

According to OneSA Movement when Maimane was asked about running as Cyril Ramaphosa’s deputy, he said Ramaphosa is the best hope South Africa has, and he will rally all his political will and resources behind ensuring the sitting president gets a second term.

“Sources close to Ramaphosa say the President welcomes this move with open arms, stating that he was dreading the possibility of having to work with the DA’s Leader,  John Steenhuisen, after the next national elections.”

In an interview with Radio 702 on Friday, Mmaimane emphasised that his blood is “black, green and gold”

Whether this is true or it is just an April Fool’s Day joke, we just have to wait and see. However, it is highly unlikely that Maimane could join the ANC given how critical he is of the party.