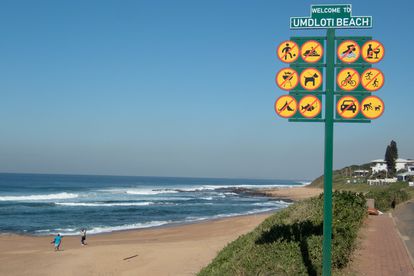 The African Wealth Report has identified several regions in the country as ’emerging hot-spots’ for the wealthiest citizens in Mzansi. These four coastal resorts are beginning to tempt the High Net Worth Individuals (HNWIs) of South Africa, who are shunning more established locations in favour of some hidden gems.

According to the recently-released report, millionaires are looking to capitalise on areas that are yet to ‘boom’. We revealed on Tuesday that Hermanus, a relatively popular tourist destination in the Western Cape, has become a new favourite amongst the HNWIs – after it was dubbed ‘the safest town in SA’.

“Hermanus is the fastest growing South African town for HNWIs. A significant number of wealthy Cape Town, Pretoria and Joburg residents have relocated to Hermanus over the past decade. As probably the safest town in SA, this would explain its appeal. Affluent parts of Hermanus include Eastcliff, Voelklip, Kwaaiwater, Onrus and Fernkloof.”

The four small towns SA millionaires are eyeing up…

However, as any investor worth their salt will tell you, the next best thing is yet to be discovered: Hermanus has been improving its stock for the past decade – and more tempting opportunities lie in other small towns. The African Wealth Report, therefore, has named its four ’emerging hot-spots’ for wealthy SA citizens.

This gorgeous slice of paradise can be found on the outskirts of Plettenberg Bay, and as the elite members of South African society continue to arrive in the region, Keurboomstrand is being touted as an ideal destination.

The smallest region on the list sits in the iLembe district, and boasts all the scenic beauty of Durban, but with added tranquility and fewer people on the beachfront. Sounds like a good combo to us!

This town is situated right in between East London and Gqeberha. But given its picturesque setting, the millionaires making their moves here won’t be in a hurry to jump onto the N2 again…

This seafront suburb sits to the north of Durban, and from mid-winter to early summer, Umdloti is a prime location for dolphin-spotting. Already a firm tourist favourite, the town is now showing up on some very wealthy radars.

Where are the rich and elite living?

As of April 2022, Johannesburg has the highest concentration of millionaires in South Africa. The Cape Whale Coast is the fasting-growing region, whereas the Mother City, Durban, the Cape Winelands, and the Garden Route all make-up the top five ‘richest areas’ of Mzansi. Must be nice…