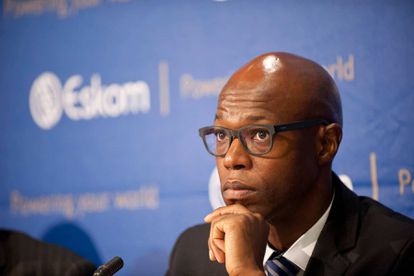 Former Eskom Group CEO Matshela Koko has weighed in on the appointment of the embattled power utility’s board. Koko has been quite vocal about Eskom’s affairs, putting aside the fact that he has been partly blamed for its current state.

Public Enterprises Minister Pravin Gordhan announced the new board on Friday, 30 September 2022. Rod Crompton, who served on the previous board will retain his post, while CEO Andre De Ruyter and CFO Calib Cassim will be the utility’s executive directors.

Matshela Koko gave his two cents on the new Eskom board and is seemingly pleased with the appointments.

In a short tweet, Koko says one member of the board was his mentor and also reckons the new chairperson is a “good choice.” Koko also slammed the previous board chairperson, Professor Malekgapuru Makgoba.

“Good riddance to Professor Makgoba. He was such a disappointment Mpho Makwana is a good choice. Clive Le Roux was my mentor & coach. He is proficient in power generation & power delivery engineering. An EAF of less than 80% will not be good enough for Clive. Good board overall,” Koko said.

Pravin Gordhan says the new board brings broad experience, expertise and skills that will provide stability and strategic ditrection to the entity. Their task will be to reposition Eskom to play a key role in the energy sector.

“The Minister would like the incoming board to deal with immediate current load shedding issues, procurement, elimination of corruption and ensuring that there is reliability of energy supply in the medium to long term. The Minister would like to thank the previous board members for their work and wishes the new Board well during their tenure,” said the Public Enterprises Ministry.

WATCH: NDZ refuses to give up on ANC presidency [VIDEO]