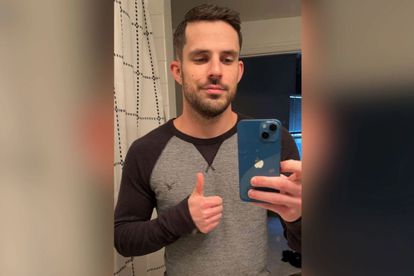 A man from Texas, United States (US) recently recounted his battle with monkeypox, describing his ordeal as “complete hell.”

In an interview with a local media outlet, Luke Shannahan, it all started after the Dallas Health Department notified him that he had been exposed to the virus.

“I was at bars. I was going to pool parties. I did attend a music event over the weekend and recently all of those people have been becoming positive. Apparently it was a contact-tracing phone call,” Shannahan reportedly said.

Luke Shannahan said he spent the last three weeks under quarantine grappling with the monkeypox symptoms.

“You have these blisters that are inflamed and anytime it grazes something or touches something, it literally feels like someone is taking a potato peeler to your skin,” Shannahan is quoted as having told the station.

He said he also managed to get vaccinated for monkeypox.

Monkeypox is usually a mild disease manifesting as blisters or sores on the skin. It is usually mild and with a fatality rate of 1 percent. The disease has previously been reported in African countries such as Nigeria, Democratic Republic of the Congo, Central African Republic and Ghana in the early 2000s.

The normal initial symptoms of monkeypox include a high fever, swollen lymph nodes and a blistery chickenpox-like rash. Initial outbreak cases had no epidemiological links to areas that have historically reported monkeypox, suggesting that undetected transmission might have been going on for some time.

“It’s the most traumatic experience I’ve ever had. It’s the worst sick I’ve ever been,” Shannahan said.

The World Health Organisation (WHO) recently declared moneypox a global health emergency, the highest classification issued by the international organisation.

According to WHO Director-General Dr Tedros Adhanom Gebreysus, just over 16 000 cases of the virus have been picked up in 75 countries, including South Africa. So far, only five people have died from Monkeypox. At least two cases were record in the country, one of them being a 42-year-old male tourist from Switzerland.

Dr Tedros said the declaration would help speed up the development of vaccines and the implementation of measures to limit the spread of the virus.