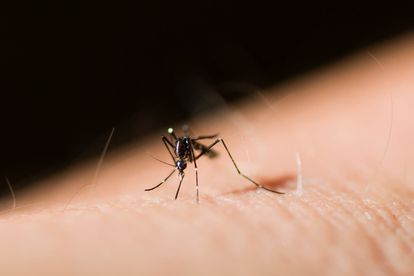 You’d have thought that South Africa has enough on its plate when it comes to dealing with infectious diseases. Alas, COVID-19 and malaria have a few things in common – namely, neither of them can be reasoned with.

Just as the fourth wave of COVID-19 winds down in Mzansi, the National Institute of Communicable Diseases (NICD) has revealed that an outbreak of malaria has been reported, in several regions of the country.

Around this time of year, malaria season enters its peak. So there are going to be many more cases reported between now and the Autumn – but how exactly can you tell what illness your body is battling?

Where are South Africa’s malaria hot-spots?

Well, that’s the thing. It’s often very hard to tell if you’ve got malaria or COVID-19, because the symptoms present themselves in the same manner. People living in Limpopo, KZN, and Mpumalanga have been placed ‘on alert’ for the spread of this disease – and there’s also a warning for returning travellers from Mozambique.

“Despite South Africa entering its peak malaria season, many cases are being misdiagnosed as COVID-19. Both have similar non-specific early symptoms including fever, chills, headaches, fatigue and muscle pain. Undiagnosed and untreated cases rapidly progresses to severe illness, with a potentially fatal outcome.”

“Any individual presenting with fever or flu-like illness, if they reside in the high-risk areas of Limpopo, KwaZulu-Natal and Mpumalanga or have travelled to a malaria-risk area, especially Mozambique, in the past six weeks, must be tested for malaria by blood smear microscopy or malaria rapid diagnostic test.”

Watch out for ‘Odyssean’ transmission…

The NICD is also advising patients not to dismiss a suspected malaria infection , on the basis that they haven’t been anywhere near an ‘endemic area’. Mosquitoes carrying it can travel great distances, usually by ‘hitching rides’ in cars, vans, and buses, and that allows the virus to spread in some relatively far-flung places.

Odyssean or ‘taxi malaria’, transmitted by hitch-hiking mosquitoes, should be considered in a patient with unexplained fever who has not travelled to an endemic area, but is getting progressively sicker, with a low platelet count.