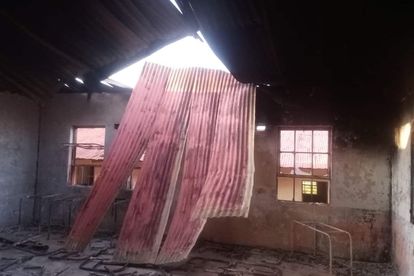 Eish, this is disturbing. A group of learners at the Kanye Kanye High School in KZN stand accused of burning down the institution. This, after angry protests erupted when the planned matric dance was postponed at the last minute.

School pupils accused of burning down their school IN PROTEST

The school itself has been identified as ‘one of the best’ in Zululand. However, this hallowed place of learning for the youth of Dumbe has now gone up in smoke. Some key details remain unknown, but according to multiple sources, this is how it played out:

The incident has proved so troubling, that politicians are now directly involved in the response. The National Freedom Party, who enjoy a vast majority of support from voters in northern KZN, are now campaigning for the introduction of security guards at all schools.

According to a public statement released on Monday, the NFP believe that a stronger security presence would have deterred any potential arsonists. Monday marks the first date of the 2022 matric exams – but students at Kanye Kanye now face a tumultuous path towards Graduation.

“It’s a worrying situation. This calls for an urgent intervention from the Department of Education in the province. MEC Mbali Fraser must make sure that rural schools are provided with security guards. We believe that had the school been guarded, this could have been prevented.” | NFP