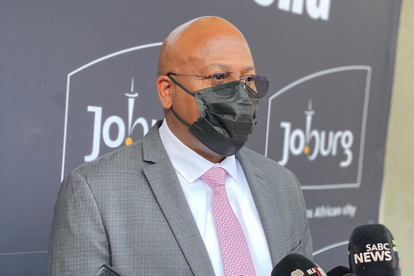 The family of former Johannesburg Mayor Mpho Moerane says he is well on the road to recovery, in the wake of a horrific vehicle crash.

Moerane was involved in a serious car accident on Monday evening.

He is currently the leader of the ANC caucus in the city and heads the regional task team fundraiser. Moerane briefly served as the mayor of Johannesburg, having been elected in October 2021. However, it wasn’t long until the party ceded control of the metro in the 2021 Local Government Elections. His namesake, the DA’s Dr Mpho Phalatse then took over as mayor.

FAMILY: ‘MOERANE IS IN GOOD SPIRITS’

Mpho Moerane’s family says he is in good spirits and that it is only a matter of time before he is allowed to go home.

“Moerane is in good spirits, responding well to treatment, his condition has been stabilised and he is steadily moving towards full recovery. Doctors are still monitoring him and he will be discharged in no time,” family spokesperson Mike Maile said.

In addition, the family has asked South Africans to keep him in their prayers and says he is being well taken care of.

“We also strongly urge members of the media to avoid speculating about his condition and afford the Moerane family and medical professionals space as they continue to nurse him towards full recovery. There is no crisis, Moerane is on his way to a speedy recovery and he is looking forward to resuming his responsibilities at the City of Johannesburg and in the ANC region where he is part of the collective preoccupied with the renewal project of the African National Congress”

Moerane came into the mayor’s seat after the death of his predecessors. Geoff Makhubo succumbed to COVID-19-related complications, while Jollidee Matongo died in a car accident.