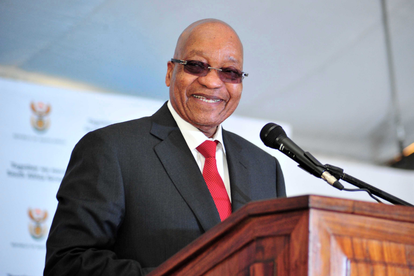 Zuma’s application seeking to appeal the High Court ruling has been granted.

Zuma’s application seeking to appeal the High Court ruling has been granted.

Ex-president Jacob Zuma’s application to appeal the North Gauteng High Court’s decision to reverse his medical parole has been granted on Tuesday.

Advocate Dali Mpofu represented Zuma in his attempt to overturn the decision that may well see him returning to prison.

Speaking during proceedings, Mpofu warned that courts should be ‘reluctant to encroach on executive power’. The advocate explained that it would be unethical to send Zuma back to prison.

Mpofu argued that Zuma had already served a portion of his 15 month sentence. Furthermore, the advocate claimed that Zuma is being unfairly punished.

Additionally, Zuma’s legal team argued that a Judge cannot base rulings on media reports. Certainly, Mpofu pointed out that the courts had ended up making a medical decision. Mpofu is confident that the Supreme Court of Appeals and even the Constitutional Court will disagree with the High Court on the subject.

Advocate Ismail Jamie had put forward that Zuma had been released into the care of his wife, who has no medical training. He further argued that Zuma enjoyed optimal medical care while in custody, something that he no longer has access to at his Nkandla homestead.

Advocate Simon Mphahlele, on behalf of the Department of Correctional Services, says that Zuma did not release himself. The advocate is adamant that the ex-president cannot be punished for a decision he ultimately did not make.

Mphahlele told the court that an inmate needs to only be terminally ill or incapacitated in order to be released on parole. Furthermore, the advocate said sending Zuma back to jail would amount to double jeopardy.

In conclusion, it seems that this matter will be playing out in South African courts for quite some time still. Indeed, Zuma’s victory is something of a Christmas gift from his able legal eagles.