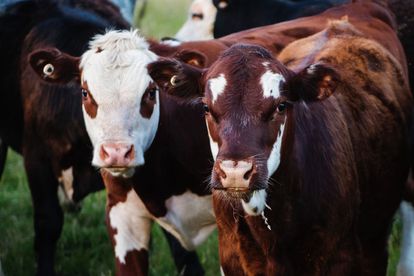 Foot and mouth disease must rely on the adherence to laws from livestock farmers, according to the Department of Agriculture.

The Department believes this will prevent a widespread outbreak of the disease in South Africa, reports SABC news.

This comes after Minister of Agriculture Thoko Didiza called for the suspension of cattle movement last Tuesday. This is due to an increase in foot and mouth disease among cattle.

In Bloemfontein, the disease has spread to 22 farms already. To deal with this outbreak, these farms quarantined the infected cattle. In the Free State, farmers vaccinated approximately 55 000 cattle.

“We also want to urge all farmers to make sure that they clean properly clean the vehicle that they move with animals be it with cattle or feed. So that we try as best as possible to improve our biosecurity. So that other forms of spread don’t happen as a result of the vehicles that we move animals or feed which might be contaminated.” Minister Didiza said.

Kwa-Zulu Natal, Mpumalanga, Limpopo, North-West and Gauteng are other provinces where the disease is present among livestock, reports EWN. Over 116 outbreaks exist in the country so far.

Ban on cattle movement could help the outbreak

This is why the Department of Agriculture is paying such close attention to prevention strategies. The suspension of cattle movement will be implemented for a 21-day period.

Vusi Zuma, a member of the KZN Agriculture Department, stated the future of foot-and-mouth disease is in the hands of livestock farmers.

According to IOL, Zuma stated the Department will provide cattle feed for those farmers struggling with the ban.

When referring to the role livestock farmers play in controlling the outbreak, Zuma said the following:

“They should do everything in their power to protect the livestock trade by observing the ban.”

If you are a young woman looking to forge a career in journalism, check out The South African’s women in journalism program!