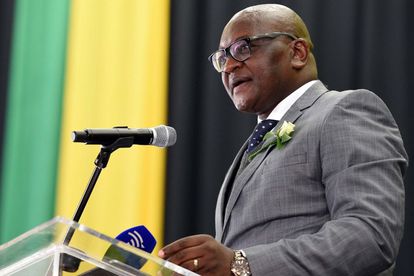 Gauteng Premier David Makhura has announced his intention to leave his coveted post.

Makhura held a media briefing on Sunday, 4 September 2022, together with other members of the African National Congress (ANC) provincial leadership. The presser follows the party’s special provincial executive committee (PEC) meeting on Friday.

WHO WILL REPLACE DAVID MAKHURA?

For now, this is no determined date for when David Makhura will resign and the ANC in Gauteng is currently consulting its structures on names that could possibly replace him.

According to News24, Gauteng Education MEC Panyaza Lesufi is a favourite to take over the premiership. He was recently elected as ANC provincial chairperson during the 14th provincial elective conference, which sets him up to become the next premier.

The Sunday Times reported that the ANC in Gauteng’s Provincial Executive Committee (PEC) decided to recall, but he has denied this.

“I am eight years into this job, and I will continue to do this work. But I am interested in ensuring that the provincial government will enter the next phase. As soon as they say they have completed that process, I will be ready to hand over to the next premier,” Makhura added.