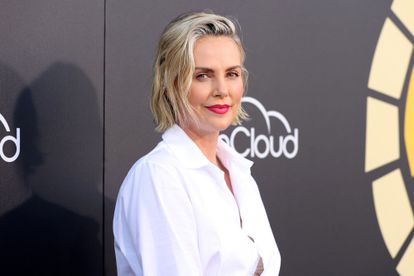 It’s been a strange 24 hours or so for Charlize Theron. The Benoni-born Hollywood superstar probably thought her recent podcast appearance was as innocuous as it gets. Instead, she has sparked an almighty row about the Afrikaans language – and earned the backing of the EFF.

Charlize Theron earns praise from the EFF – but why?

Earlier this week, the certified A-Lister was interviewed by Will Arnett and Jason Bateman. Her heritage became one of the major talking points – complete with the hosts trying some awful Afrikaans accents. It was at this point that Charlize Theron dropped her controversial take:

In one fell swoop, the actress said the language was ‘only spoken by about 44 people’, that it was ‘dying out’, and even claimed it ‘was not very helpful’. For the millions who speak this dialect across South Africa, this was a rather lamentable hat-trick to chalk-up.

“There’s about 44 people still speaking Afrikaans. It’s definitely a dying language; it’s not a very helpful language. I didn’t really speak English until I was 19, though. I found it easy to drop my South African accent, because I learned English from scratch.” | Charlize Theron

Is Afrikaans a dying language?

Her non-regional accent is largely accredited to the fact Charlize Theron essentially ‘learned English from scratch’, when she was 19. However, the 47-year-old has previously given red carpet interviews in Afrikaans, and seemed perfectly fine with practicing her mother tongue.

The debate has raged on, and Charlize Theron is now one of the top trends on Twitter. So of course, the EFF could no longer ignore these developments. Earlier today, Deputy Leader Floyd Shivambu praised our famous export for her ‘intuitive and interesting’ opinion.