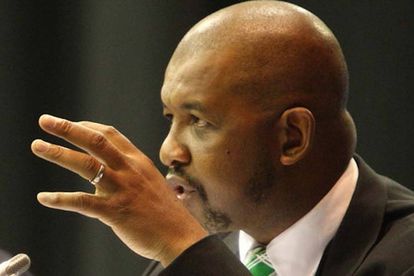 During proceedings on Tuesday, 13 September 2022, Mpofu asked the committee for a postponement, to allow them time to prepare litigation, in the wake of the Western Cape High Court judgement from the previous Friday. A full bench ruled that President Cyril Ramaphosa’s decision to suspend Mkhwebane, just a day after she submitted 31 questions to him about the robbery on his Phala Phala farm, was invalid.

Advocate Dali Mpofu told the inquiry that the embattled public protector was ill and had gone to the doctor and indicated that he had written to Dyantyi on Monday, asking for a postponement, but was turned down.

He told the inquiry that the Democratic Alliance (DA) has appealed the matter at the Constitutional Court and that other parties have joined in, including other political parties and President Cyril Ramaphosa. Mpofu said he had been spending much time preparing papers in response to Ramaphosa’s affidavit and thus, was not ready for the cross-examination on Tuesday.

At some point during the exchange, Mpofu tells Dyantyi: “You are not entitled to abuse me like you are abusing me. I’m senior to you in many ways, not just in age, but in many ways. You know it. So, you have no right to abuse me. But fine, you have the power now, you can exercise it, but you’ll pay one day, ja.”

Dyantyi then asks him if he is threatening him, to which Mpofu responded: “Ja.”

A number of MPs voiced their concerns with Mpofu’s conduct, including the Freedom Front Plus’ Corné Mulder and ANC Deputy Chief Whip, Doris Dekude.