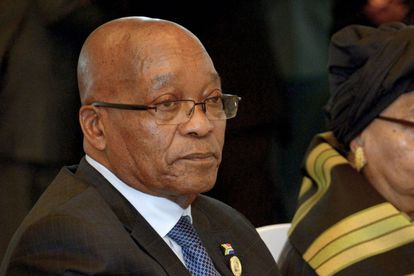 Here we go again: The High Court in Pietermaritzburg is expected to deliver its verdict on an application by former president Jacob Zuma for leave to appeal the dismissal of his special plea.

In October 2021, Judge Piet Koen dismissed Zuma’s legal bid to have advocate Billy Downer, the prosecutor in the arms deal case, removed. The former president hasn’t exactly had a peaceful life post his presidency, with endless court battles and a commission centred on his alleged acts of wrongdoing when he was in office.

Jacob Zuma’s legal team maintains that Billy Downer cannot continue to be part of his arms deal trial, arguing prosecutorial misconduct. While the high court ruled against their recent bid, they are confident that the Supreme Court of Appeal will find in their favour.

They claim there have been at least a dozen instances where Downer has acted unethically as a prosecutor. Downer has been working on the Zuma matter for decades. Unsurprisingly, the former president is not at all happy with his work.

The former president has also laid criminal charges against Downer. Zuma insists that the prosecutor leaked his medical records to the media. According to Zuma’s spokesperson Mzwanele Manyi on the day the charges were laid, Zuma has submitted a whole file of evidence against Downer. The Zuma trial is now expected to get underway in April 2022, that’s if things go according to plan.

Advocate Dali Mpofu had taken issue with the suggestion that Zuma should wait for the trial to end before he can complain about Downer.

“Because it cannot be that he is told by this court that this matter must be dealt with here. And then when he comes here, he is told the matter is res judicata. That means there is no court in this world where he is able to raise this issue. He must be caught in this merry-go-round of judicial passing of the buck,” Mpofu said.