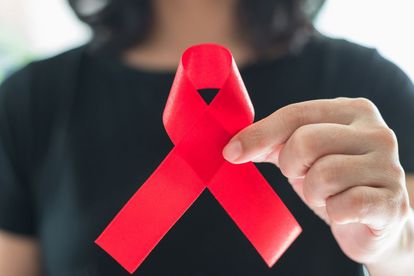 For the first time, EVER scientists appear to have cured HIV in a woman.

A NEW METHOD IS USED BY TRANSPLANTING STEM CELLS

According to a report by the Independent UK, a group of American researchers used a new method of transplanting stem cells.

A woman of mixed race is the third person ever to be cured of HIV.

Scientists reportedly announced that the method, which involves the use of umbilical cord blood, could lead to more racially diverse people being cured than was previously believed to be possible.

The New York Times reported that there is a larger supply of cord blood than adult stem cells, which are usually used in bone marrow transplants, and the cord blood also doesn’t need to be as closely matched to the patient.

Most donors are Caucasian, meaning that a partial match could cure dozens of those suffering from both cancer and HIV in the US every year.

The woman who was cured was also afflicted by leukaemia, and she received cord blood to treat it, which came from a donor who was a partial match.

The usual practice is to find a bone marrow donor whose race and ethnicity is similar to that of the patient. The woman also received blood from a close relative to temporarily boost her body’s immune system as the transplant settled.

ALSO READ: Here’s why the Western Cape has issued a ‘diarrhea warning’

The report also stated that powerful antiretroviral drugs could control the HIV virus, but a cure is key to ending the decades-old pandemic.

It is shocking to know that nearly 38 million people are living with HIV, and about 73 percent of them are receiving treatment.

A bone marrow transplant is not a realistic option for most patients. Such transplants are highly invasive and risky, so they are generally offered only to people with cancer who have exhausted all other options.

There have only been two known cases of an HIV cure so far. Referred to as “The Berlin Patient,” Timothy Ray Brown stayed virus-free for 12 years, until he died in 2020 of cancer. In 2019, another patient, later identified as Adam Castillejo, was reported to be cured of HIV, confirming that Mr. Brown’s case was not a fluke.

Both men received bone marrow transplants from donors who carried a mutation that blocks HIV infection. The mutation has been identified in only about 20,000 donors, most of whom are of Northern European descent.

ALSO READ: Pregnant woman tied up and held at gunpoint in Bultfontein robbery