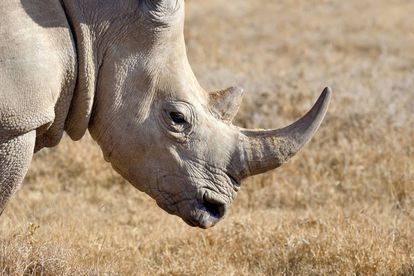 A total of 160kg of rhino horns were seized in a major bust at the OR Tambo International Airport by the South African Revenue Service (SARS) on Saturday.

It said that customs officers were conducting manifest profiling with the Detector Dog Unit at the airport when one of the dogs identified a suspicious shipment destined to Malaysia (Kuala Lumpur).

“The shipment was declared as “Live Plants” and consisted of 8 pieces. During a physical inspection, six boxes were found containing traditional material concealing, 32 pieces of rhino horn protected with bubble wrap, weighing 160kg.”

The South African Police Services’ Directorate for Priority Crime Investigations (Hawks) was alerted about the detection.

“A criminal case was registered with the police for further investigation.”

Last month the Hawks swooped on two suspects for dealing in rhino horns to the value of R2,4 million in the Freestate.

The suspects were charged for dealing in the horns.

Rikhotso said the pair were arrested during a buy and bust operation where they allegedly attempted to sell the horns.

Both Rhino horns were seized for further investigation.

Meanwhile, in February, a total of 18 pieces of rhino horn, weighing 63kg declared as ‘HP Cartridges Developers’ was also seized at the OR Tambo International Airport. It was bound for Malaysia.

The Department of Environment, Forestry and Fisheries reports that 394 rhinos were killed in South Africa over the last year.