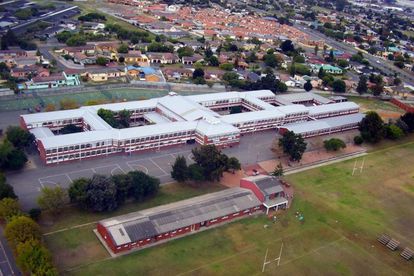 Brackenfell High School has been exonerated after claims of racism were made against it in 2020. Photo: Capestars / Flickr

Brackenfell High School has been exonerated after claims of racism were made against it in 2020. Photo: Capestars / Flickr

The South African Human Rights Commission (SAHRC) has concluded its investigation into allegations of racism at Brackenfell High School. The Commission stated that it has found no evidence to back claims of racism at the school.

2020 protest by the EFF led to the investigation

The probe into the allegations stems from a confrontation at the school in 2020. The confrontation was due to the Economic Freedom Fighters (EFF) who led a protest outside Brackenfell High.

Controversy arose after a private matric dance party was held. The school had not held its own party due to the COVID-19 pandemic. Allegations of racism arose after it was alleged that only white students and their parents attended the dance.

The SAHRC found that Brackenfell High School did not host the matric dance attended by only white people. Complaints suggested that students of colour were discriminated against by the school but this was not the findings of the SAHRC.

The Commission found, through its probe, that some of the officials at the school were aware of the private event. Details of the matric party were shared by learners and parents through social media, reports EWN.

It was revealed that a total of four teachers from the school were invited to the dance in their personal capacity. The Comission said the evidence that was put before the investigators exonerated Brackenfell High.

Brackenfell High School was exonerated from the funding, planning, advertising and hosting of the event. The investigation also found that the event organisers did not indirectly or directly discriminate against learners due to their race.

In 2020, The South African reported that the EFF chalked up a major victory in the courtroom after a bid to stop them protesting outside of Brackenfell High School was dismissed by Judge Sirajudeen Desai.

The location became yet another hot spot of racial tensions after a group of students were accused of organising a ‘whites-only’ matric party. The allegations were strenuously denied, and the Western Cape Education Department found no evidence of racism amongst the cohort.

However, that didn’t stop the school from developing into a flashpoint, as the Red Berets clashed with police and counter-protesters. Read the full story here.