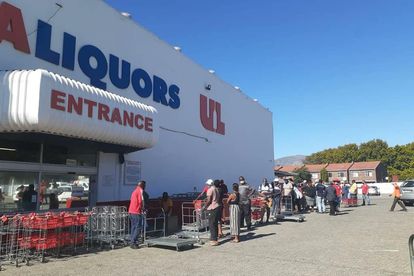 Responding to a legal challenge by South African Breweries (SAB) and others on the recent ban on the sale of alcohol, President Cyril Ramaphosa said in an affidavit filed in the Western Cape High Court that “hard choices must be made and it’s impossible to please everyone.”

Late in December, the President announced the third ban on the sale, distribution, and most transportation of alcohol, saying the move was necessitated by the steep second wave of Covid-19 infections hitting the country.

“According to the data we have, with every relaxation of the restrictions on the sale of alcohol, the number of trauma cases reporting at our hospitals has increased,” said Ramaphosa.

In his affidavit, the President backed Cabinet’s decisions as well as the contents of an earlier affidavit filed by Minister of Cooperative Governance and Traditional Affairs Nkosazana Dlamini-Zuma on the alcohol ban.

Dlamini-Zuma said in her affidavit that another, similar suspension on liquor sales is “not inconceivable,” depending on the circumstances in SA at the time.

The COGTA minister added that the intention was never to cause undue harm but based on necessity.

“Government has been fully alive to the fact that measures such as the temporary suspension have come at significant financial cost to those working and operating in the affected sectors.”

Ramaphosa pointd out that the National Coronavirus Command Council (NCCC) is not a decision-making body, but rather, a mechanism to coordinate the government’s coronairus pandemic response, which is based on in-depth discussions from many perspectives.

“I cannot do justice to the debates and discussions that occur in the NCCC and Cabinet, which have markedly improved our collective response to the Covid-19 pandemic. Different ministers would argue for the perspective of their departments, only to have other ministers identify unexpected consequences… Hard choices must be made, and it is impossible to please everyone.”

SAB says it views a blanket ban on liquor sales as unconstitutional.

Rather than being unconstitutional, Dlamini-Zuma countered in her affidavit, that the suspension “supports people’s constitutional rights to life, dignity, and access to healthcare.”

She further stated that it would have been more harmful to institute a hard lockdown to limit movement altogether – instead, a “hybrid of measures” was chosen to limit the worst risks.

Dlamini-Zuma added that it has consistently been made clear that “restrictions will not remain in place any longer than is necessary,” and that under the circumstances, the restrictions were the lesser of two evils.

“When balancing the competing considerations at stake, we ultimately determined that the … regulations have a far more limited adverse impact.”

Drinking not a coping measure

The medical experts took issue with a claim in the court application that alcohol could help consumers cope with stress.

Rather, they said, heavy drinking has biological effects that increase the risk for depression and other mood disorders. It was concerning and “maladaptive” to use alcohol as a coping strategy, said Myers.

They also rebutted the claim that the majority of SA drinkers did so in moderation, citing instead a pattern of heavy drinking episodes associated with a higher risk of injury and death.

The medical experts further said the evidence in support of the impact of alcohol on SA’s emergency services and health system was “overwhelming.”

Dlamini-Zuma slammed SAB and the other applicants for “trivialising” the number of hospital beds saved due to the suspension in sales, citing a high rate of alcohol abuse and related trauma in South Africa.

The experts further argued that alcohol abuse also had a negative effect on respiratory health – a particular risk during Covid-19.

Ramaphosa eased restrictions on the sale of alcohol in an address to the nation on Monday.

Dlamini-Zuma said while she doesn’t believe SAB’s legal challenge is relevant any longer, she is compelled to file a response because SAB is “persisting with the application in its current form.”