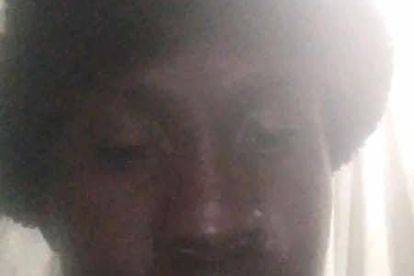 Mpho Kekana’s body was found on Monday in the bushes in Vaalbank, Mpumalanga. Photo: SAPS/Facebook

Mpho Kekana’s body was found on Monday in the bushes in Vaalbank, Mpumalanga. Photo: SAPS/Facebook

The body of a man found in the bushes between Gamaria and Senotlolo near Vaalbank in Mpumalanga has been identified as that of 26-year-old Mpho Kekana.

Kenana went missing on 15 May after attending a tombstone unveiling ceremony near his home in Mmamehlake.

LIFELESS BODY FOUND IN THE BUSHES

Kekana’s family reported him missing when he disappeared and did not return home.

On Monday, 23 May, police received information from an anonymous person indicating that a lifeless body of a man had been seen.

Police spokesperson, Brigadier Selvy Mohlala said when police arrived at the scene, they found the body in a state of decomposition.

Kekana was unfortunately certified dead by the paramedics at the scene.

“Police had earlier assembled a team of investigators to probe his [Kekana] disappearance. However, he was never found until his body was discovered on Monday,”

MAN’S CLOTHES WERE NOWHERE TO BE FOUND

Police are investigating an inquest case, with the aim to determine the circumstances surrounding his death.

Furthermore, Brigadier Mohala said the preliminary investigation has thus far revealed that some of the clothes that he was wearing during his disappearance were nowhere to be found.

Police investigation into the case continues.

In the meantime, police have urged anyone with information that may assist in this case, to call the Crime Stop number at 08600 10111.

According to Belani’s family, he was last seen on Saturday 16 April 2022 when he left his home in Nashu Street, NU7, Motherwell.

“He was dressed in a black jacket, blue jeans and takkies. He has not been seen again since then and his family has since filed a missing person report,”

Any person that could assist police in finding him, can contact Detective Warrant Officer Leslie Killian on 082 410 7492.