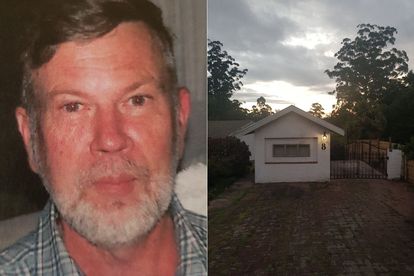 It’s been half a year and the body of Kenneth Price has been found. Price, who was in his 70s, went missing and his story made headlines. His body was recently found and his neighbour has been arrested and charged with his murder.

Price was reported missing towards the end of 2021

The South African Police Service (SAPS) in KwaZulu-Natal said Price had been reported missing on 6 December. His family contacted authorities after failing to get hold of him through various means.

She went into details about the Malvern SAPS’ investigation:

“At the time detectives from Malvern SAPS proceeded to the victim’s place of residence, and on arrival they noticed blood stains but the victim was nowhere to be seen. They also realised that some of the victim’s belongings – including two bikes, DVD player, tools and other items –were stolen.”

SAPS were informed about the victim’s neighbour selling his belongings

On 12 May this year, Gwala revealed that SAPS were informed that a neighbour of Price was advertising motorbikes. SAPS made their way to the neighbour’s residence and searched before finding items that belonged to Price.

ALSO READ: Do NOT wait 24 hours to report a missing person – MCSA

The neighbour then took SAPS members to Chatsworth and Savanah park where another two suspects were apprehended. Gwala says they were also allegedly in possession of Price’s belongings.

Where and how was his body discovered?

She explained that the two other suspects said they did not know where Price was. They were arrested and charged with possession of stolen property. Further investigations by SAPS led to the recovery of Price’s body.

His body was recovered from the Richards Bay Mortuary on Thursday, 19 May. It is alleged that the suspects attacked Price with a hammer. His decomposed body was recovered in 7 December 2021 in the Maguzulu area. It was then taken to the Empangeni mortuary.

“It is further alleged they covered his body with a plastic and drove to Richards Bay where they dumped him in the dense bush,” said Gwala.

All three suspects are being charged with Price’s murder.