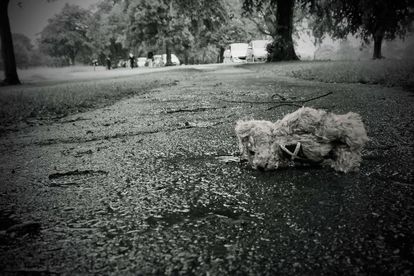 A 72-year-old man has been sentenced to life behind bars for raping a nine-year-old while he was on parole for another rape conviction. Photo: Stock Image / Pixabay

A 72-year-old man has been sentenced to life behind bars for raping a nine-year-old while he was on parole for another rape conviction. Photo: Stock Image / Pixabay

The Bhisho High Court has sentenced a 72-year-old man to life. The elderly man was accused of raping a nine-year-old child. Mzimkhulu Thompson was reportedly the nine-year-old girl’s neighbour. The child resided bin Zwelitsha, Eastern Cape, with her grandmother. Thompson was sentenced to life imprisonment on Thursday, 19 May.

When did the rape happen?

It was revealed that the child’s grandmother requested that 72-year-old Thompson fix her washing machine. This was in November last year. Thompson used this time to rape the nine-year-old.

Her grandmother walked in and caught Thompson. It was later revealed that this was not the first time the elderly man abused the child.

This was not an isolated incident for the rapist

It has been alleged that Thompson raped the little girl in August 2021. He threatened to kill her if she told anyone in order to silence her.

The State argued that Thompson was not suitable for rehabilitation. This comes after it was revealed that he had been released in March last year. Thompson was serving a portion of a sentence for another child rape conviction, reports EWN.

In related news, a man who attempted to silence his child rape victims with money was sentenced to two life terms on Wednesday, 18 May. The 31-year-old rapist tried to buy the silence of his victims with R10. He was sentenced by the Mankweng Regional Court in Limpopo.

The incidents occurred in Toronto, Mankweng. In 2017, the man lured the two children, who were playing in the street, into a house. He called each child into the house on separate occasions. He promised to give them money.

After inviting them into the house, he would undress them before raping them, says Nationa Prosecuting Authority (NPA) spokesperson Mashudu Malabi-Dzhangi. The first child who fell victim was 11 years old when the incident occurred. Read the full story here.