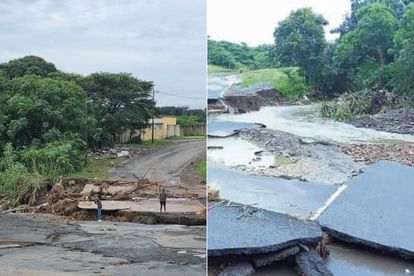 The Gift of the Givers assisted in retrieving the body of a woman who was employed as a domestic worker. Photo: @NelsonMandela and @GiftoftheGivers / Twitter

The Gift of the Givers assisted in retrieving the body of a woman who was employed as a domestic worker. Photo: @NelsonMandela and @GiftoftheGivers / Twitter

CEO and founder of Gift of the Givers Dr Imtiaz Sooliman said his organisation was called to assist with finding the body of a domestic worker on Wednesday, 20 April. According to Sooliman, the woman had been trapped inside a house since 12 April.

The woman, who was a domestic worker, had been in her room when the boundary walls fell into her bedroom. She had been trapped ever since. Sooliman shared that search and rescue immediately began searching for the woman, but nothing came of it.

Over a week trapped inside the house

Nine days after the walls caved in at the Durban North home, the woman’s body was recovered. Sooliman shared that his organisation sent in ‘heavy equipment’ to assist with retrieving the domestic worker’s body.

“Gift of the Givers sent in heavy equipment to assist in the confined space. The equipment and operators were sponsored by two companies who went out of their way to assist in the search and avoid further structural damage to two homes on the property to prevent collapse of both homes,”

He explained that teams worked hard to find the domestic worker’s body. On the afternoon of Wednesday, 20 April, the woman’s body was recovered. Sooliman said the body had been moved to a mortuary for a post mortem and burial.

According to the head of Gift of the Givers, the woman had been employed as a domestic helper to the family for around 10 years. He shared that everyone was left devastated by the loss of her life.

Sooliman shared condolences to the woman’s employers and her family, reports IOL.

NDZ said that the province battled through over 300mm of rainfall in 24 hours. The torrential rains resulted in flooding and more than 400 people lost their lives. 4,000 homes were destroyed while 9,000 homes were partially damaged.

Over 40,000 KZN residents have been left destitute. NDZ explained that the declaration of a National State of Disaster will assist with the coordination and integration of the Government’s response efforts and rebuilding programmes. Read the full story here.