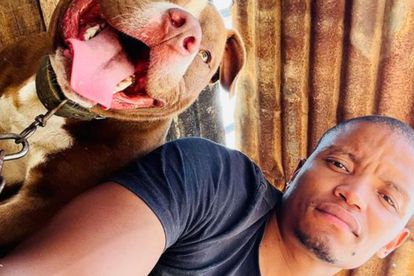 A Bloemfontein DJ and music producer SurgeSA Kagisho has claimed that he has surrendered his four-legged friend Pitbull due to recent tragedies.

“Gave up my dog to the SPCA today, he is the friendliest of them all but the tragedies that happened got to me,” said the Bloemfointein DJ in a post on Facebook.

“A dog can be replaced but a human life can’t. My life is more important and that of my family.”

“May the Young King rest well,” said the Bloemfontein producer pouring his heart out to the three-year-old that was savaged by a Pitbull to death.

At least 49 Pitbull terriers in the Free State province have been handed over to the Society for the Prevention of Cruelty to Animals (SPCA), according to Premier Sefora Ntombela, who called for stricter measures by dog owners in ensuring that residents are safe.

The province has recorded three fatal dog attacks, with two of them taking place in quick succession in the month of November.

RECENT DEADLY ATTACKS IN THE CITY OF ROSES

The first of the two attacks which took place this month, and resulted in the death of two children, took place in Bloemfontein. Olebogeng Mosime, an 8-year-old Grade 3 Roseview primary school was attacked and killed by a neighbour’s dog on 12 November. He was laid to rest on Friday, 18 November 2022. Then 3-year-old Keketso Saule lost his life when a ferocious dog, also believed to be a neighbour’s, attacked and killed him this past weekend.

The owner of the dog, 21-year-old Lebohang Pali was arrested after the incident but granted bail of R300 pending a further court hearing.

To support the ban on Pitbulls join the Sizwe Kupelo Foundation petition otherwise if you are against the ban, join the opposing petition which is on the road to 35000 signatures.